Lower U.S. berry prices for Mexico offset by other factors during pandemic onset

Overview of the berries from Mexico in the U.S. market, complemented by charts from Agronometrics. 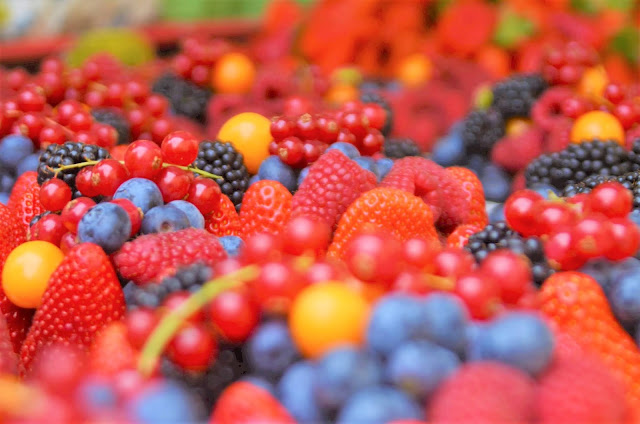 Original published in FreshFruitPortal on August 24, 2020

Mexican berry growers faced a slight drop in prices in its main market during the opening stages of the pandemic this year, but an industry body has said this was offset but other factors.

Aneberries told FreshFruitPortal.com that U.S. market disruptions including the almost entire closure of foodservice channels affected demand and prices for the industry.

But it noted that there was a sharp rise in frozen berry exports amid increased demand for longer-lasting produce items at U.S. retail.

That, in addition to the strengthening of the U.S. dollar earlier in the year, compensated for the small decline in prices overall, Aneberries said.

In fact, the group said that despite the Covid-19 pandemic the value of exports remained stable during their season, which typically winds down around the summer months.

"While the growth we saw was of a slightly lower percentage, we still see positive figures," Aneberries said.

The association added that as the new berry season gets underway, it expects "the growth percentages to normalize".

The U.S. received 98% of exports, which the rest going mostly to Europe and Asia.


Volumes (KG) of berries from Mexico in the US market 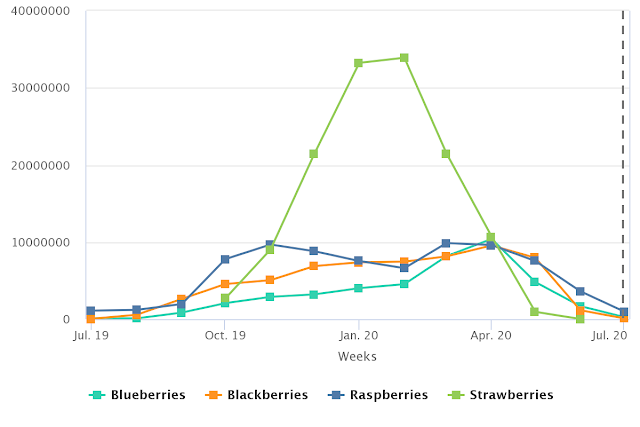 Aneberries said the Mexican berry industry plans to continue with its push for market diversification, once the current situation has stabilized.

The association also announced that it had recently restructured the organization into three divisions - fresh, processed or frozen, and genetics. It said this will help it to strengthen the industry and provide improved services to growers.