Overview of the California table grape season by Philippe Markarian of Mirabella Farms, complemented by charts from Agronometrics. 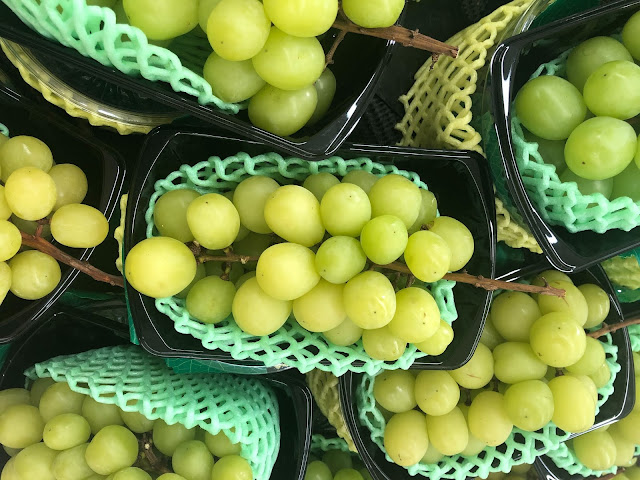 Original published in FreshPlaza.com on August 18, 2020

California saw cool spring weather this year, which helped the growth of their grapes but also delayed the start of the harvest this summer. Philippe Markarian of Fresno-based Mirabella Farms shares: “We usually start our harvest mid-July and run through the end of November. This year, we started about seven to ten days later than usual.” So far this season, the market for table grapes has been good. “There’s a minimal amount of inventory remaining on the floor, and we haven’t seen any backup of supplies yet, so I’d say that the current market conditions are favorable,” Markarian shares. “This may change as we get later on into the season, when the later varieties start coming in, but we won’t know what the fall supplies and market will look like until we get there.” 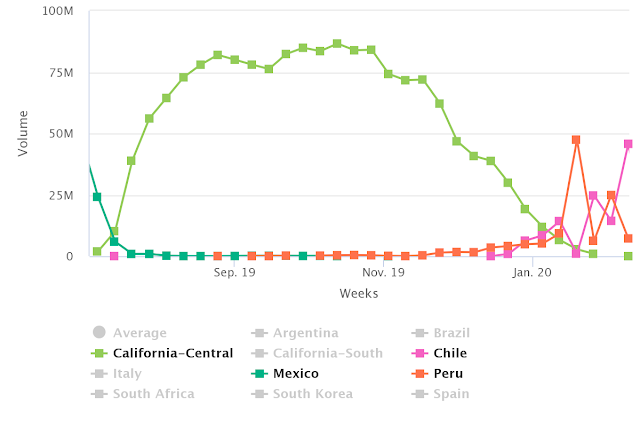 Mirabella Farms grows multiple table grape varieties, including Flames, Valley Pearl, Scarlett Royal, Autumn King, Autumn Royal, Jack Salute, and Allison. “The newer varieties are definitely outpacing the older varieties. We also grow some red globes, and I’d say that those are the last remaining seeded variety still around and it’s also mostly being removed. There’s just not a market for the seeded varieties anymore. A lot of acreage is being transitioned into newer varieties,” Markarian explains.

While the later start of the harvest pushed back the season a bit, Markarian shares that they are anticipating a bit of a shortfall at the end of the season. “What we are seeing this season is that the early varieties are coming in a bit later than usual, while the later varieties are maturing more quickly and are coming in sooner than expected. If this continues, we’ll likely pack some of the later variety volumes for long-term storage so that we can have supplies through the holidays until the end of the season,” he says.

The overall volumes this season are turning out to be a bit lower than was initially anticipated. “The volumes are doing fine so far, but we are packing less than we thought we would. This goes back to the cooler spring weather, which caused some fruit loss. Despite this, we are seeing excellent quality on the grapes,” Markarian concludes.