Overview of the blueberries and raspberries supply, complemented by charts from Agronometrics. 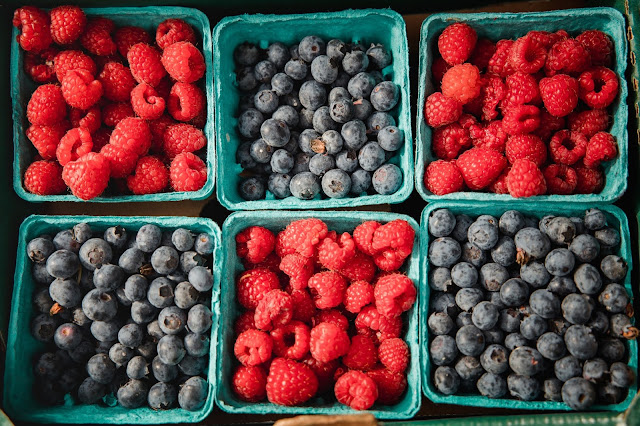 Original published in ThePacker.com on July 28, 2020

Ample supplies of good-quality blueberries still are available from U.S. growers, and raspberries and blackberries are in good supply as well.

Growers in Oregon were able to squeeze a couple more weeks out of their blueberry crops than usual this summer, said Luciano Fiszman, blueberry category manager for Los Angeles-based Gourmet Trading Co.


Volumes (in LB) of blueberries from Oregon in the US market 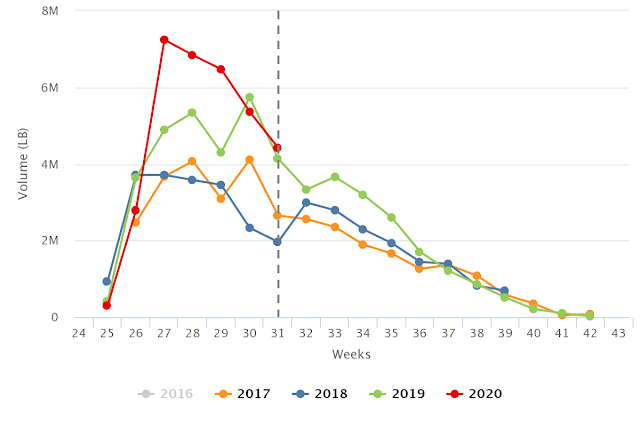 The blueberry harvest typically transitions from Oregon to British Columbia around the Fourth of July, he said.

Last year, the move actually occurred about 10 days before then.

Inclement weather this season, both during the pollination period and later during the growing phase, delayed the start of the British Columbia harvest.

Picking was expected to start there around July 20 and continue until about mid-August.

Markets had remained tight because of the absence of the Canadian program, but Fiszman expected lower f.o.b. prices after the transition.

He said some buyers might have “reservations” about the quality.

Questionable pollination weather followed by stormy conditions might cause some concerns about fruit quality, he said.

As a result, the market might welcome Peruvian fruit earlier than usual — as soon as mid-August instead of mid- to late September, Fiszman said.


Volumes (in LB) of blueberries from Perú in the US market 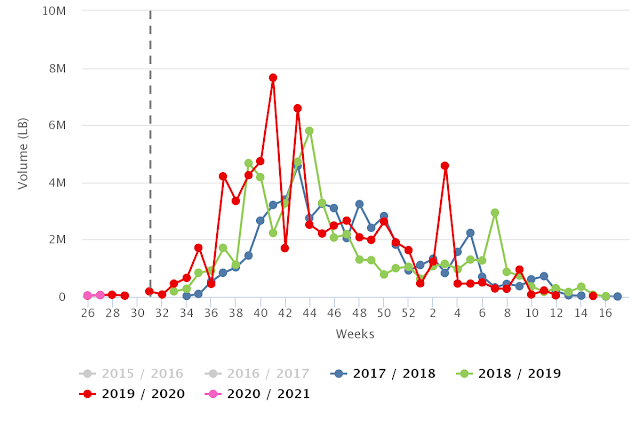 Gourmet Trading Co. has its own farm in Peru and was looking forward to the kickoff of the Peruvian blueberry deal, he said.

“We had very favorable conditions this season,” he said. “The quality has been outstanding.”

Fruit has been big, strong and good tasting with a high brix level, he said.

“We’ve been really excited and pleased with our first official season.”

Eventually, the company would like to build a year-round program.

Next year, acreage will increase as more land becomes organically certified and as younger plants mature, he said.


Volumes (in LB) of organic blueberries in the US market 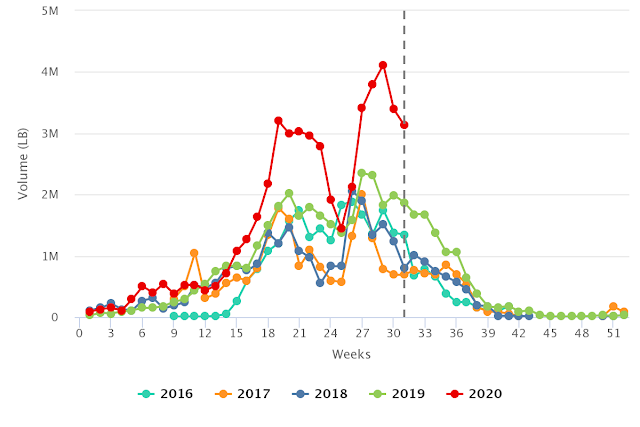 “It’s going to be a continuous increase in volume over the next four or five years,” Youmans said.

Overall quality was good, although some farms were affected by fast-moving Tropical Storm Fay, which dumped 1.5 to 4.5 inches of rain in some areas on July 10, he said.

Spring freezes also affected some areas, but he expected an average-size crop of fresh-market and process blueberries to continue out of New Jersey until the first week of August.

Youmans of Root 24 Farms said he’s pleased to be involved with blueberries during the pandemic.

“I’m thankful to have been in food and also in a type of food that is considered a superfood and one that people reach for when they think health,” he said.

Although some companies that serve foodservice accounts saw their business decline, Youmans said that wasn’t the case with organic blueberries.

“Organic blueberries were never that big in foodservice,” he said.

“The supply is usually intermittent when it comes to organic,” so foodservice operators often are reluctant to put organic produce on their menus.

“The growers in this state should be commended,” he said. “They really stepped up and did a great job.”

Turning to raspberries, the industry was in a “slight trough in production” in mid-July, said Jim Grabowski, director of marketing for Watsonville, Calif.-based Well-Pict Inc.


Volumes (in LB) of raspberries in the US market 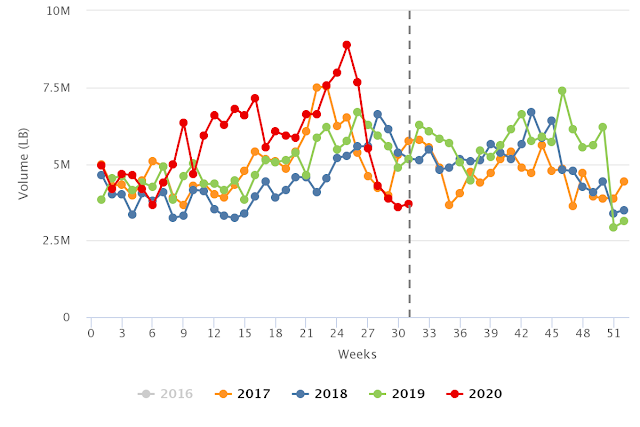 Raspberry supplies were tight, and markets were strong in July, he said, but availability should begin to improve by the end of the month.

Watsonville-based California Giant Berry Farms reported that its kwanza variety raspberry harvest was underway in mid-July “and is looking good with light color and good size.”

The primark blackberry variety was starting out in the Watsonville-Salinas area with good quality, according to California Giant, and blackberries in the Santa Maria area also were looking good.

“There’s a nice flower set and a good amount of green fruit in the field,” according to the company’s July 17 crop report. “Fruit is firm, and flavor is good.”