Avocados: Mexico’s volume on the rise

Overview of the avocados from Mexico in the U.S. market, complemented by charts from Agronometrics. 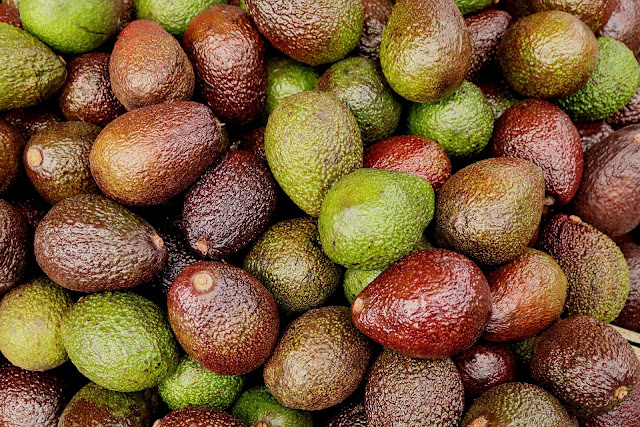 Original published in ThePacker.com on August 07, 2020

Avocado volume from Mexico has been similar to last year, and shipments will continue to increase over the next several weeks, grower-shippers say.

“They’re going really slow,” he said in late July, with a limited number of trucks coming into the U.S.


Volumes (in LB) of mexican avocados in the US 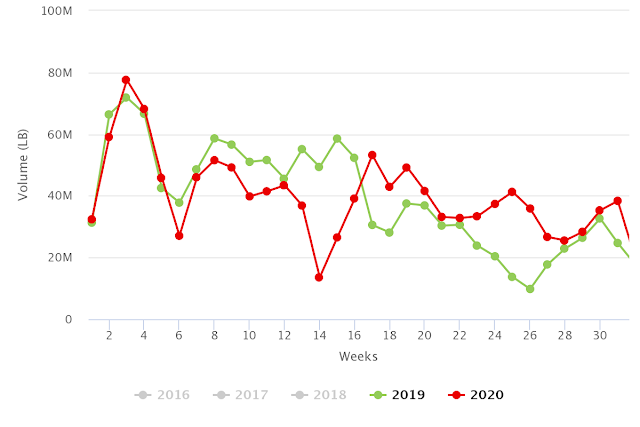 Growers were monitoring the dry weights of the fruit carefully to ensure that the flora loca crop has the right maturity level, he said.

“You don’t want to bring fruit in that doesn’t ripen or is too green,” he said. “They’re being very careful about what they bring in.”

Lucy said that customers in the East or Northeast may prefer less costly avocados from Mexico to California fruit if the quality is acceptable.

Volume from Mexico will gradually increase over the next few months with the aventajada crop and then the regular crop peaking in January.

“There are a lot of pieces of fruit on trees to pick between now and Sept. 15,” he said.

He estimated that there were 20% more avocados available from Mexico this year than last year, but they haven’t had time to size yet.

Mexico’s Michoacan growing area typically receives significant rainfall by mid-May, but that didn’t happen until mid-June this year, he said.

“You need a combination of rain and sun to make avocados grow,” Wedin said.

Rainfall was ample by midsummer, he said, and he expected fruit size to return to normal.

This year’s crop scenario was not unheard of, he said.

He said suppliers must help buyers prepare for the smaller fruit size.

“We need our customers to want to buy what we are going to produce, so we have to talk to them about it,” he said.

Wedin said feedback on the quality of Mexico avocados this summer has been “totally positive,” with no reports of pests or hail.

Volume of avocados from Mexico in August likely will be 50% greater than July’s volume, he added.

The company imports enough avocados from that country to supply its U.S. customers year-round, he said.

Although he agreed that fruit from the current flora loca crop is a bit small, he said the product is “very clean” and bright green, just like buyers prefer it.

There is little No. 2-grade fruit that typically is sold in foodservice packs, he said.

The flora loca crop will continue well into November, he said, but there likely will be some overlap with fruit from the aventajada crop.

Mexico’s growers should be able to keep buyers well supplied, he said.