Overview of the pear season by Kaci Komstadius Sage Fruit Co, complemented by charts from Agronometrics. 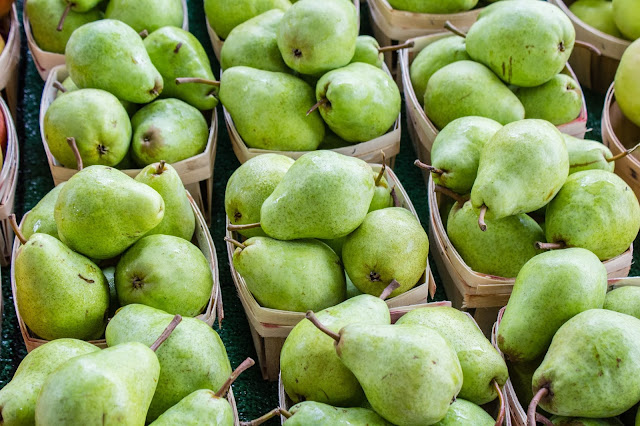 Original published in FreshPlaza.com on August 13, 2020

Pear production began last week in the Pacific Northwest with Bartletts being the first variety off the trees.

Following Bartlett harvest, Sage Fruit Co. in Yakima, WA will continue the season with Red Anjou harvest beginning in late August, followed by Bosc and Green Anjou in mid-September. Kaci Komstadius of Sage Fruit says the company will offer both organic and conventional volumes in these varieties and also carry a small volume of Taylor’s Gold pears this season.

In Washington and Oregon, there are four primary growing regions including Wenatchee, Yakima, Mid-Columbia and Medford. (Sage’s fruit comes from Yakima and Mid-Columbia). “The Pacific Northwest produces 87 percent of the nation’s fresh pears,” says Komstadius.


Volumes (in LB) of pears in the US market 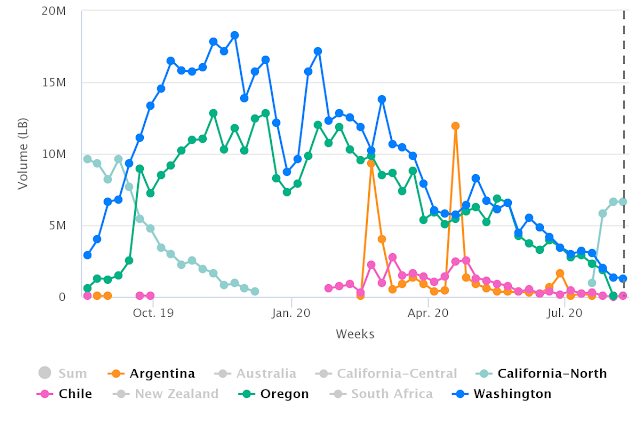 Sage Fruit is reporting increased pear volume for the 2020 crop, though part of the growth for the company comes from the addition of Congdon Orchards, also of Yakima, WA. As of August 1, 2020, Congdon Orchards joined Sage Fruit’s family of warehouses, which specialize in growing, packing and shipping of fresh apples, pears and cherries, says Komstadius. 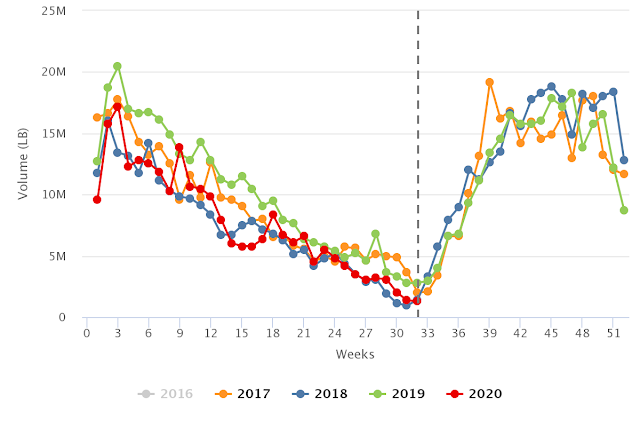 The push for exports

Meanwhile, Komstadius says demand for pears will increase as the new crop becomes available. “The domestic market is always strong, but we are also seeing demand from export markets as well. China, India and Mexico all have strong pears demands,” she says.

She also notes that pears tend to be more of an impulse buy for consumers. “Though we are working to change that by educating consumers on the flavor and texture of pears, as well as how to select, store and prepare them,” says Komstadius. This season, Sage Fruit will add new state of the art pre-conditioning rooms to elevate its pear program while also increasing its marketing efforts which include offering point-of-sale bins, in-store promotions and online/digital promotions.

Additionally, Sage Fruit will continue to find different ways to appeal to consumers, including offering bagged product. “We’ve seen an increase in demand for fresh produce and more specifically, packaged product since March,” says Komstadius. “They provide less exposure to other shoppers when on the retail shelf and they’re also easy for grab and go or online purchases for those participating in grocery pick up or delivery.”