Overview of the upcoming Alabama (Appalachia) peach season, complemented by charts from Agronometrics. 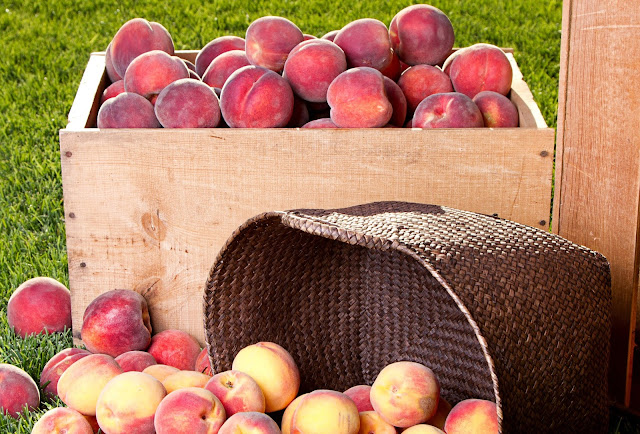 CHILTON COUNTY, Ala. — If Taylor Hatchett knows one thing about farming, it is that you have to be flexible and be ready for whatever comes your way.

So far, 2020 has thrown a lot of curveballs her way from not knowing if some of her workers would be able to make it over from Mexico to the weather leading up to the planting season. She says 2020 has given Alabama farmers like her the chance to show what farmers in the state are made of and what they can do.

Hatchett said on her farm, she has seen a lower peach volume this year than what they consider normal. She added that they saw lower chill hours for some varieties, in addition to a lot of rain that impacted pollination. Also, Hatchett said they ended last year with dry, stressful conditions, which meant they headed into the winter and spring with trees that had already been stressed. She says just one of those factors would not have been too bad, but all three together definitely reduced the peach crop.


Volumes (in LB) of peaches from Appalachia in the US market 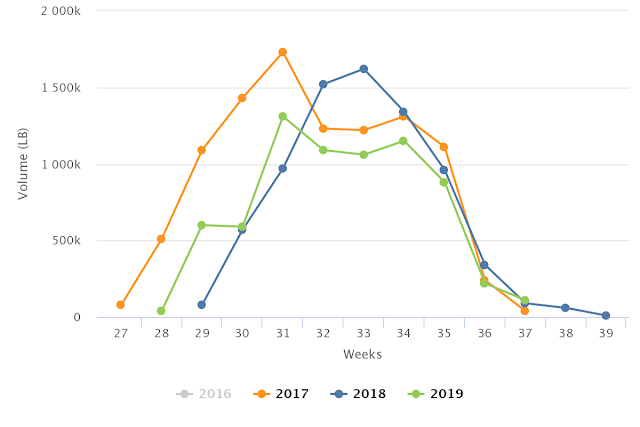 "I would probably straddle the fence on it and say it's probably not the best year we've had, but it's also not the worst," Hatchett said. "Demand this year has been great. There has been a resurgence of people interested in buying fresh and buying local. For a grower, that's a wonderful thing. We certainly wish we had the demand at the same time that we could say we had a 100% crop, but it is nice that if our supply has to be down a little bit that the demand, the interest and support from our community is where it's at. People want fresh, they want local right now, and they want a lot of it. All in all, I would say it is going to be a good year for peach growers. Could it be better? Absolutely, but we also know that it could be worse, so I think most of us are thankful for where we're at."

Hatchett says because of the mild winter and spring, plus the recent temperatures, most growers she has talked to are harvesting 10 to 12 days ahead of schedule. Since they are ahead of schedule, they are into different varieties, she says from right now until the end, the season is perfect.

Colby Jones is the manager at Durbin Farms Market. He says things are looking good on their end, adding that they are picking their fourth or fifth variety of peaches as we head into the height of the season.

"Every year is hit or miss," Jones said. "Honestly, with us down here, it's all dependent on what you're getting for chill hours. Some years are better than others, and this year, we had a decent amount of chill hours, but if you're having damage from previous years and things like that, it can have a carry over effect, which this year, we were fine with our chill hours. We could have definitely used more, but production wise, we're still looking in great shape."