Overview of grapes supplies in the U.S. market, complemented by charts from Agronometrics. 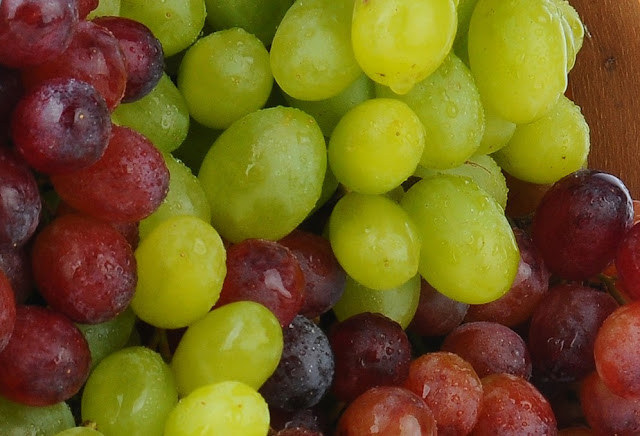 Original published in FreshPlaza.com on July 02, 2020

Mexican supplies of green and black seedless grapes for North America may run tight as the country switches to garnering supplies from San Joaquin Valley of California.


Volumes (in KG) of grapes in the US market, by origin 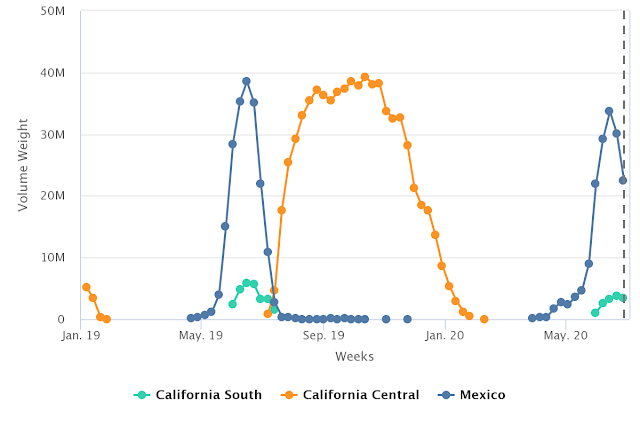 “I think we’re going to hit our estimate on the Mexican grape deal. That was close to 20.6 million cartons and we might end up a little short because the green seedless volume, the Sugarone variety, might pack out a little short,” says George Matoian of Fresh Farms in Kingsburg, CA. He adds that the Mexican heat during the harvest period affected both the green and red grape crop which might make for some tightness as the season wraps up in the first week in July.

Generally, Mexican supplies of red and green grapes were ample. “And the overall district was two weeks later than normal. We had a lot of volume in a short amount of days which shrinks our marketing window. That was the challenge,” says Matoian, who notes that its grape season started the second week in April. “We had freezing temperatures during budbreak in the spring and extreme heat during harvest. But it was more the prolonged heat during harvest that reduced the crop somewhat.”


Volumes (in KG) of mexican grapes in the US market, by variety 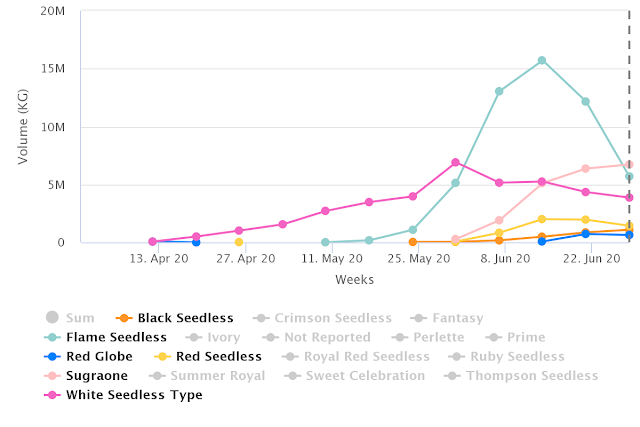 Matoian adds that as the season wraps up, there are probably more Flame grapes than the industry would like to see at this time while the green and black grape volumes are solid. “The Flame seedless will carry on a little bit into July so we’ll see where that goes,” he says.

Meanwhile demand has been strong for grapes despite a slow start. “We couldn’t really get going in the month of May, and then we didn’t know how the consumers would react with the virus situation,” says Matoian. “But demand has been better than expected. We didn’t know if grapes would be a staple product in the grocery store but we found out it was and that was good.” 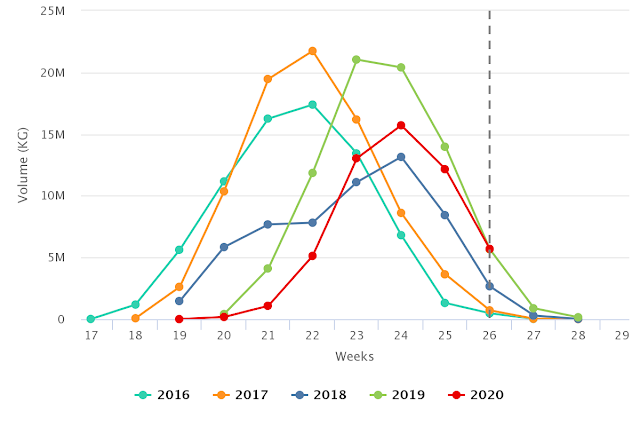 He also notes that increased demand was seen on the premium varieties such as Ivory and Sweet Globe green grapes and Sweet Celebration in the red grapes.

All of this though has left pricing uneven. “In May, pricing was higher than expected. June pricing was pretty much where we expected it to be for the condensed marketing and harvest period,” says Matoian.

As for California, while the Coachella region started production during the middle of May, the state’s overall estimate this year is for 106 million cartons. “I think we’ll come to that. We had 106 million cartons last year, with a high of almost 117 million in 2018, and I think this year it’ll be manageable with promotable volume into November and most likely December,” says Matoian. 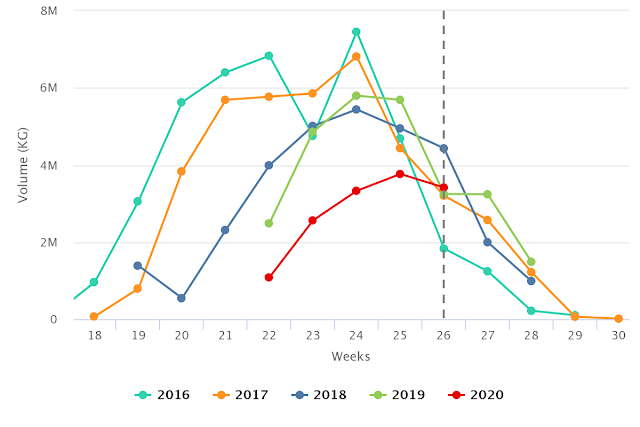 Weather conditions have been more favorable this year. “The weather has been ideal compared to last year in California,” he says. “Last year in the bloom period we had a large number of storms and wet and humid weather which contributed to mildew problems. That was a big problem throughout the grape deal last year, especially in the southern part of the San Joaquin Valley.”

Looking ahead, San Joaquin moves into starting its production with Flame grapes in the first week of July and then green grapes the week after.

Given the good demand the industry is going deeper into the California season with, Matoian thinks demand will be as good as last year at least. “We’re all on a kick with the new bigger better premium and proprietary varieties and we’ll see increased numbers of those varieties,” says Matoian. “That’s been the trend for the last five to eight years.” 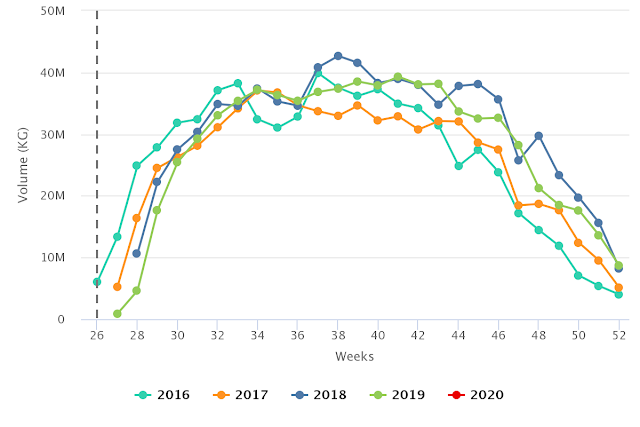 As for pricing, following June’s good grape pricing, Matoian says they’re hoping for at least equal or better than last year pricing. “But it’s tough to say because we don’t know about demand from consumers into the summer months, but we are optimistic. We’re in uncharted territory this season to say the least,” he says.