Overview of the upcoming Michigan blueberry season, complemented by charts from Agronometrics. 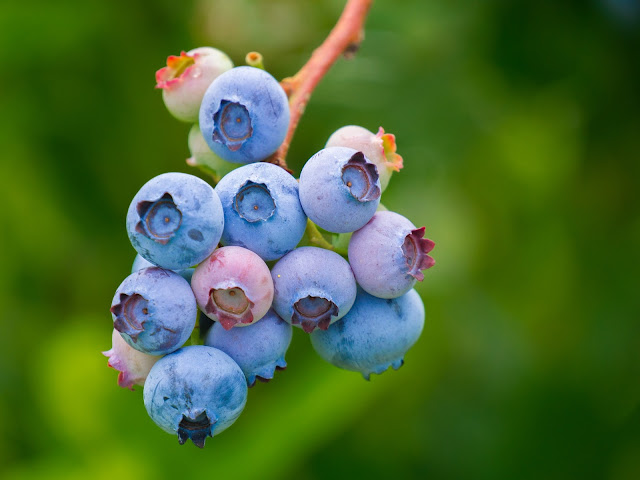 Original published in FreshPlaza.com on July 13, 2020

With 20,000 acres of blueberries on 500 farms across Michigan, blueberries are one of the state’s most coveted crops. The harvest typically lasts from early July through early October in West Michigan, so things are just getting started.

Even with a late freeze, one grower in Van Buren County said his crop is looking quite good. Rex Schultz has been farming blueberries for about 15 years, and he's now the president of the Michigan Blueberry Advisory Committee. He has a blueberry farm in Geneva Township, a little northwest of Bangor in Van Buren County.

"Throughout the season we went from frost into cooler spring weather, which pushed the harvest back a little bit further, and so we’re just now getting into the harvest season with the early varieties," Shultz said.

Early varieties of blueberries include Weymouth and Duke, which are hand-harvested in Allegan and Van Buren counties. In another few weeks, Schultz will start harvesting his Bluecrop variety, a favorite of his customers.

The Michigan blueberry season peaks in terms of production from mid-July through mid-August. Mark Longstroth, small fruit educator for the MSU extension, said to expect a crop of about 85 million pounds of blueberries this season. That's a lot of blueberry pie. 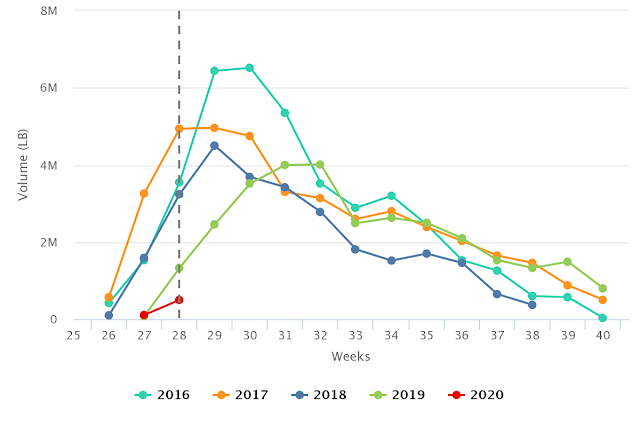 July is national blueberry month, and with the season just getting started, Schultz encouraged everyone to support their local growers by purchasing Michigan grown berries at their local market.