Overview of the Mexican mango season by Mark Cassius of Modern Veg Farms, complemented by charts from Agronometrics. 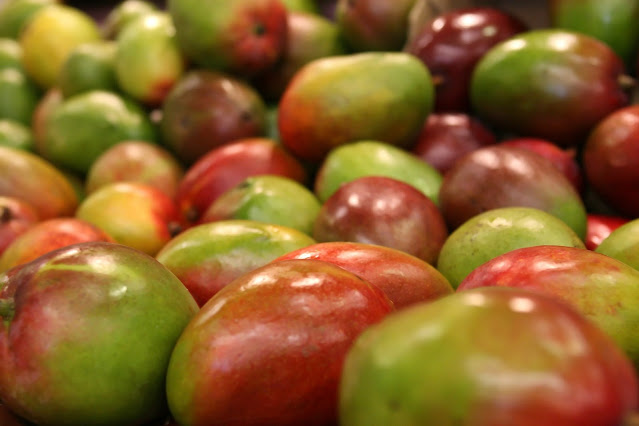 Supplies of mangoes out of Mexico are steady as the country readies to transition to a new growing region.

Currently, mangoes come from the Nayarit region of Mexico but will soon move north to the growing region of Los Mochis. “That’s where the Mexican crop will probably be for the next two months until it finishes up in early to mid-September,” says Mark Cassius of Modern Veg Farms LLC in Rio Rico, AZ.

The quality of the supplies looks solid as well. “We’re going to have a really good finish though I think there’s a little bit less volume than last year at this time,” says Cassius. “We had some colder weather in the winter so it affected supplies earlier in the deal. That said, everything right now seems to be working in our favor.”


Volumes (in KG) of mangoes from Mexico in the US market 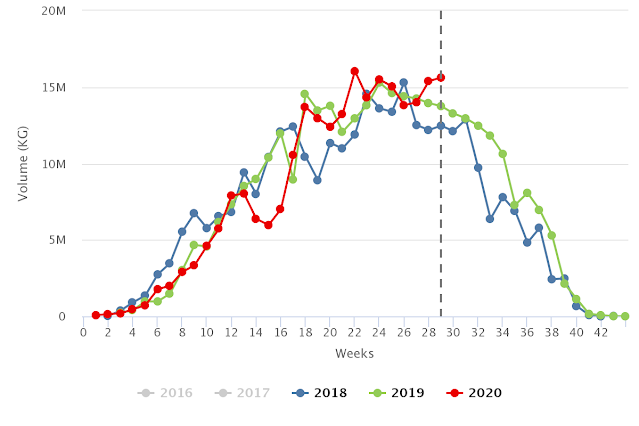 Cassius notes that soon the Keitt mango variety will come into the pipeline. “When you see the Keitts, you know the season is coming to an end,” says Cassius. He notes that since Keitt mangoes don’t have the same color as their variety counterparts such as the Tommy Atkins or Kents, they might not appeal to customers as much. “But they have a great eating quality. I’d encourage retailers to educate consumers to not be intimidated by them because they’re just as good as some of the other varieties,” says Cassius. He also notes that Ataúlfo or “Honey” mangoes are coming to an end in production in the next week or two.

While Mexico has the market largely to itself, Cassius notes that some Francine mangoes are also coming in from Haiti, though they generally stay on the East Coast.


Origins of mangoes in the US market 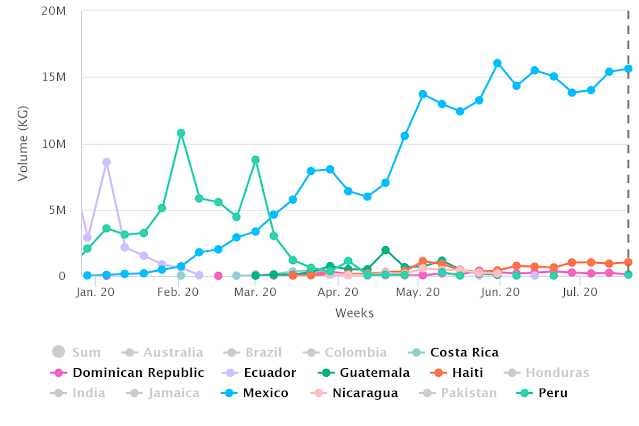 Meanwhile demand for mangoes at the retail level remains solid. “Obviously with the foodservice business still not being up to 100 percent, we are seeing a little less demand for foodservice with processed mangoes. But fresh mango sales seem to be moving well. There’s been a lot of promotional activity,” Cassius says. “In the summertime, there are so many other fruits available to consumers that sometimes mangoes can be the forgotten fruit because they’ve been around for awhile.” He also believes that mangoes are gaining traction with consumers in the U.S. “Every year it seems like there are more and more opportunities to sell mangoes,” he says.

All of this means pricing is about average for this time of year. “It seems like the Kents are getting a little bit more money than the Tommy Atkins right now. Kents are better eating and are less fibrous than Tommys and I think demand is higher for Kent and people are paying a little bit more for them,” says Cassius. “But overall, pricing has been relatively stable.”