Overview of the mexican berry industry, with Aldo Mares, former president of the National Association of Exporters of Berries, complemented by charts from Agronometrics. 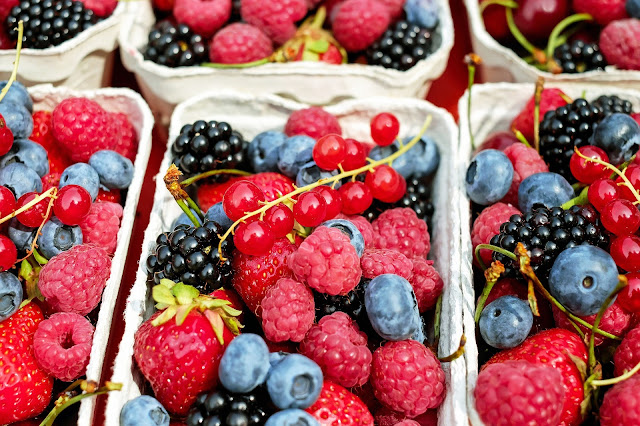 Original published in FreshPlaza.com on July 09, 2020

The Mexican berry industry has managed to place itself in the leading places worldwide. However, its export is highly concentrated on North American markets, which remains the main destination for Mexican berries with 97% of shipments. 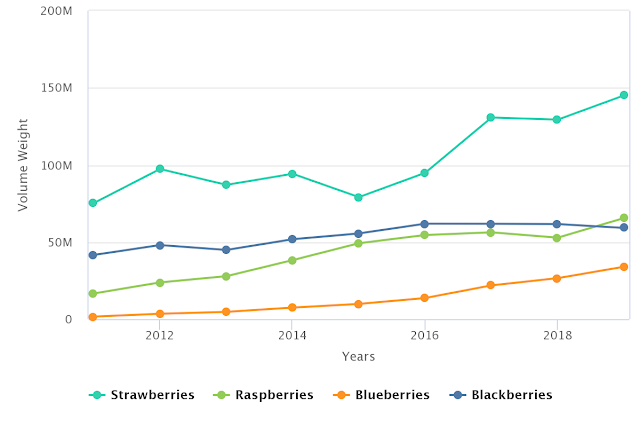 According to Aldo Mares, former president of the National Association of Exporters of Berries (Aneberries), in 2019, more than 400.000 tons of Mexican berries were exported.

Due to the upcoming challenges with the entry into force of the Trade Agreement between Mexico, United States and Canada (T-MEC) or Nafta 2.0, producers of blueberries, strawberries, raspberries and blackberries must urgently seek to diversify their exports to new markets.

These challenges stemming from the T-MEC are mainly located in the agreements and regulations on foreign trade, labor policy and anti-dumping investigations, which are part of the tripartite international treaty.

Aldo Mares, had already warned of this in previous years, and made many calls for the early search for a diversification of markets. He also called at the time to explore processed fruit and the introduction of more and better technology in the post-harvest stage, to compete in distant destinations.

Mares, current CEO of Green Gold Farms, in the webinar "Current Status of Berries, Challenges and Opportunities ” He confirmed his position, explaining that "90% of berry volumes go to the United States, 7% to Canada and only the remaining 3% of exports diversifies into 38 countries."