Overview of the California avocados supplies in the US market, complemented by charts from Agronometrics. 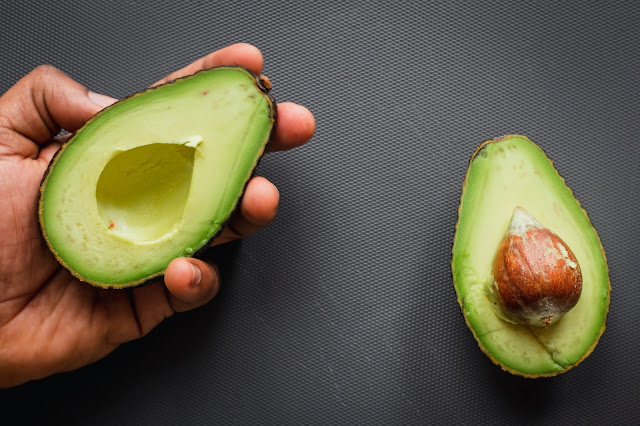 Original published in FreshPlaza.com on July 27, 2020

Supplies of California avocados continue to be ample and consistent supply is expected into September.

“We had some growers begin harvesting in February. But the peak season volume is expected from March through September with some lighter volume of California avocados available into October this year,” says Jan DeLyser with the Irvine, CA-based California Avocado Commission. She adds that California’s crop this season is considerably larger than last season. “We expect nearly 400 million pounds of California avocados this year compared with 216.6 million pounds last season,” she says. 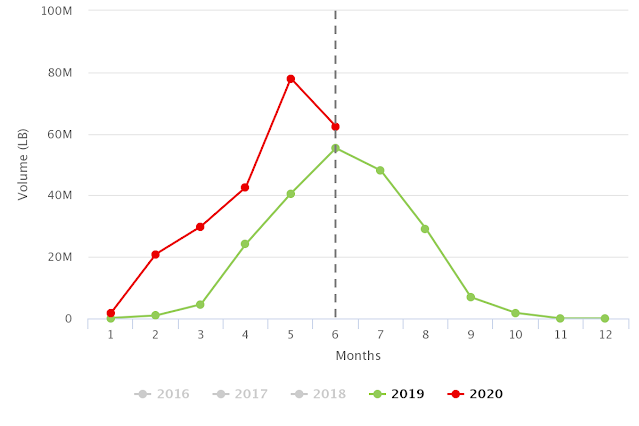 To date, total volume harvested is about 275 million pounds, which is 100 million pounds more than this same time last year. “Because of the larger crop size this year, the current weekly harvest rates are expected to continue at the current rates through August and into September,” says DeLyser.

California fruit is being harvested right now in both the Northern and Southern growing regions of the state. “Harvest has been strong in the Southern (San Diego, Riverside and Orange) Counties and Central Coast areas around Simi, Ventura, Santa Barbara and Carpinteria,” says DeLyser. “The Southern districts will wind down as we move into August with the Central Coast and Northern regions (Carpinteria, San Luis Obispo, Morro Bay and Monterey County) continuing their harvest through August and September with some fruit into October.” Along with California, supplies of avocados in North America are currently coming from both Mexico and Peru.

Meanwhile demand for avocados continues to be strong, with an especially increased demand for bagged avocados. (Many growers and shippers across many commodities are reporting increased interested in bagged product from consumers to minimize handling of product.)

DeLyser notes that IRI FreshLook reports that the avocado category volume in units this year is very strong in the South-Central region of the U.S., with Dallas being the strongest market. The West region (west of the Rockies including Phoenix) and the Northwest (Portland/Seattle) and California (Southern Cal) are the second strongest in terms of growth. Following that is the Northeast (New York and surrounding markets).

Given the volume available, DeLyser says there are several promotions running currently on California avocados and they’re scheduled to run into September.

As for pricing, the market is currently stabilizing after feeling pressure from large inventory levels (of fruit from all origins) seen in prior weeks, says DeLyser. “As long as inventory levels remain stable, or even decrease, market pricing is expected to adjust accordingly,” she notes.

She adds though that comparing pricing to last year at this time is challenging given supplies were more limited and the demand was very high. “This year the pandemic has had some impact with a shift to consumers cooking more at home and eating out less, but demand has continued to be good for avocados,” she adds.


Prices (in USD/LB) of avocados in the US market 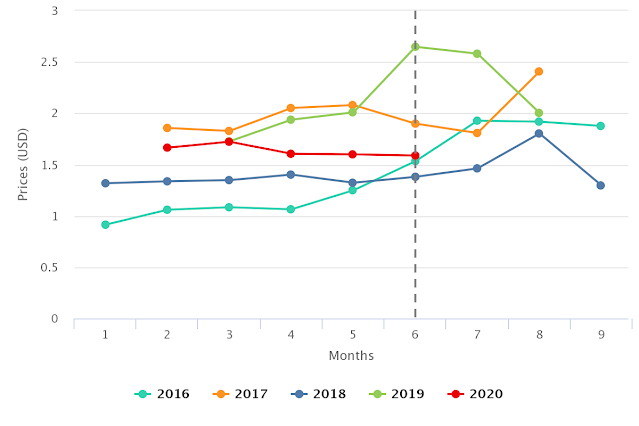