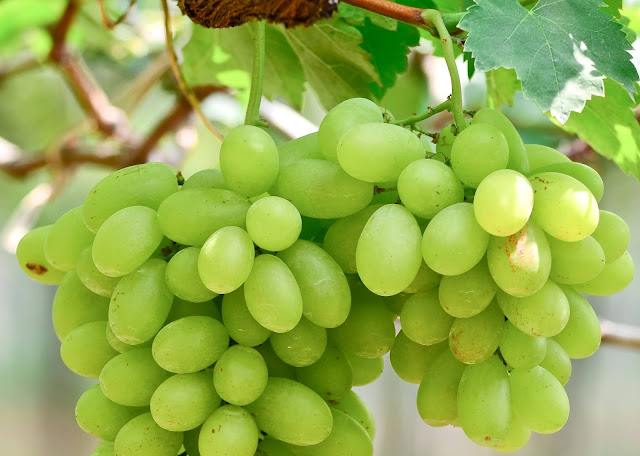 Original published in www.thepacker.com on June 15, 2020

California table grapes already are shipping out of the Coachella Valley, and grower-shippers expect good-quality fruit to kick off in the San Joaquin Valley to the north sometime in July. 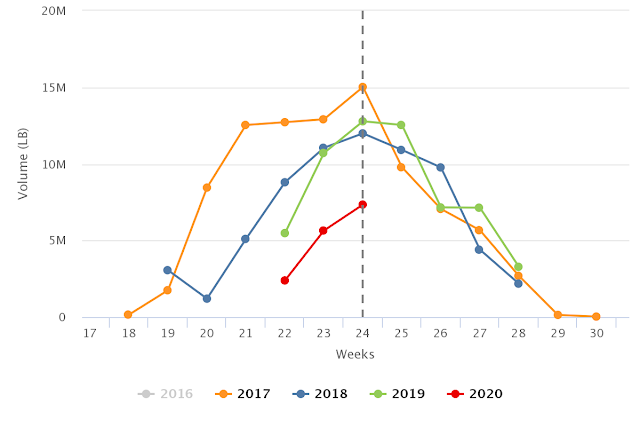 Exactly when will vary by shipper, with some companies expecting to start earlier than usual, while others anticipate an on-time or even a late start.

The state’s grape growers shipped 106.2 million 19-pound box equivalents in 2019, down from 116.9 million in 2018, according to the Fresno-based California Table Grape Commission.

This year’s crop may be lighter than last year’s, in part because some growers are pulling out older varieties, while others are converting to crops like citrus, said Jeff Olsen, president of the Chuck Olsen Co., Visalia, Calif. 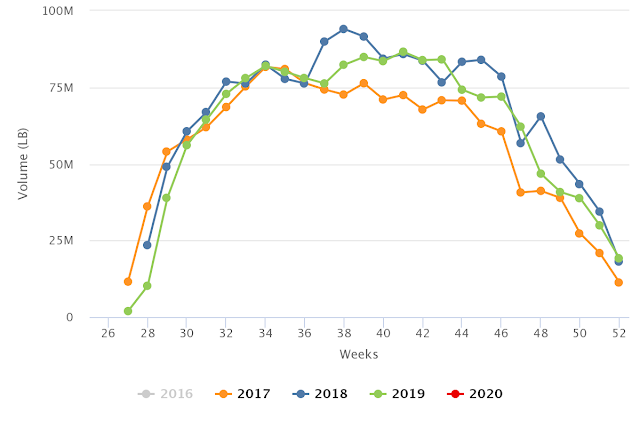 A crop of 100 million boxes or fewer “would really help out,” Olsen said.

The Chuck Olsen Co.’s summer table grape program won’t start until the second or third week of July — a week to 10 days later than usual, he said.

“The weather is cooperating,” he said.

He expected “good, solid volume and quality” this season.

Flame seedless and sugraones will be the first varieties to come off, he said. They will be followed a couple of weeks later by Ivory, and from the company’s own breeding program, Sparkle and Stella Bella.

“Supplies should once again be plentiful at a time when Mexico will most likely finish sooner than normal with an anticipated shortage in their crop size,” he said. 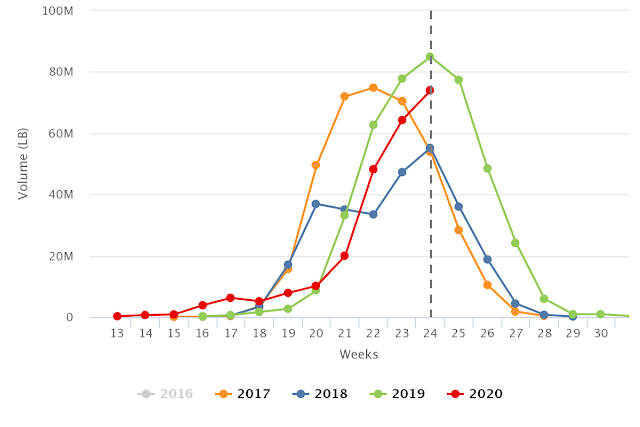 “We expect they could even be as early as July 8, which would be about a week earlier than last season,” he said.

The company expects to wrap up its California grapes around Thanksgiving.

“We do a lot of export to Asian markets, so we are watching foreign markets closely to see if they will impact our program, one way or another,” Bedwell said.

“Everything seems to be good at this time,” he said the first week of June. “We’re expecting a good crop.”

That’s about the typical start time for the company.

Pandol expected a “normal” crop, as far as quality, with good fruit size.

“There are no problematic indications so far,” he said in early June.

Pandol Bros.’ volume should be about 10% higher than last year, due in part to a new variety — Sugar Crunch — coming on, he said.

The company aims to pick until Thanksgiving.

Bakersfield-based Anthony Vineyards will get started in the San Joaquin Valley around the Fourth of July, somewhat later than usual, said Bob Bianco, co-owner.

“Everything is pushed back at least seven to 10 days,” he said.

The weather has been fluctuating, Bianco said, with a long cool spell followed by 110-degree temperatures that then dropped into the 70s.

Flame seedless and sugraones will be the first of at least 20 varieties the company harvests in the San Joaquin Valley, he said.

Anthony Vineyards’ volume will be down a bit as the firm transitions to a number of new varieties, he said.

He expected good sizing and excellent quality on this year’s grapes.