Overview of raspberries production from California, complemented by charts from Agronometrics. 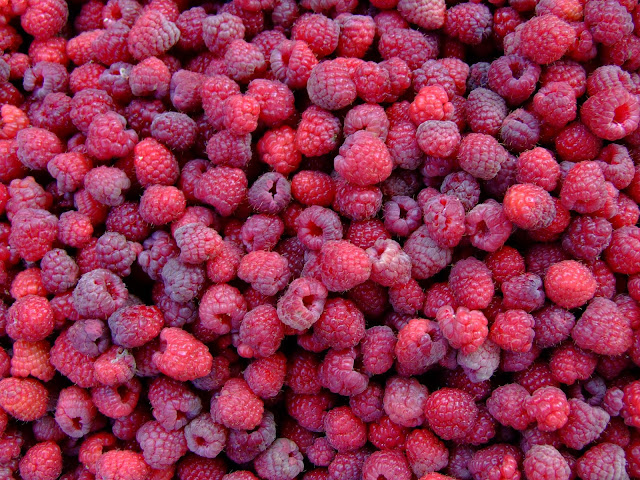 Original published in FreshPlaza.com on June 08, 2020

Raspberries are in peak production for the spring crop.

Kaz Bhatti of Gold Coast Produce in Chicago, IL notes though that raspberries can see some volatility in pricing. “The market can get as low as $10-$12 for raspberries and all of the sudden it rockets up in a matter of hours and it’s in the $18-$24 range,” he says. He adds that while demand has lightened up a bit on the berries, supplies are opening up which could change demand. “With COVID-19, demand has been different for raspberries,” he adds. “It’s been hard to gauge demand because the buying habits of shoppers are so different right now.” 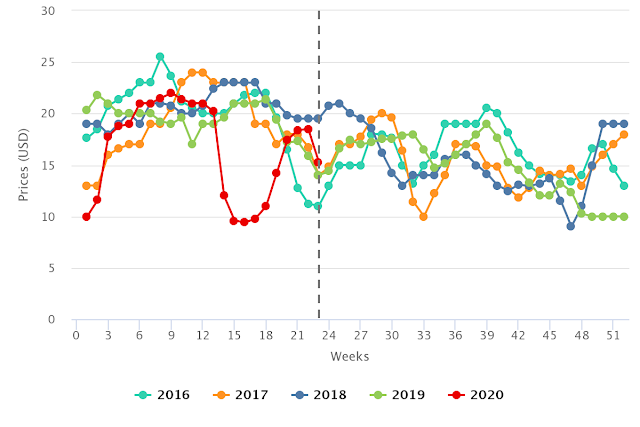 BC raspberry pricing up?

While British Columbia is still a few weeks away from its raspberry season, Rhonda Driediger of Langley, B.C.-based Driediger Farms anticipates strong demand for B.C. berries. “There are just a limited amount of raspberries grown for fresh in B.C. so it’s always high demand for them,” she says. “If it’s the same demand that we’re seeing for strawberries, which we have right now, then it’s going to be very good.”

Driediger does add that she anticipates pricing on both blackberries and raspberries to be up by as much as 20-25 percent this season. “Minimum wage has gone up and all the protocols in place for COVID-19 to help keep people safe are part of that rise in pricing,” she says. “We have more staff on hand to supervise in our U-Pick and retail market and we are providing more protective equipment.” She adds that while government funding helps offset the COVID-19 protective measure costs, the increase is also because the industry is catching up on costs that have been rising over the years, such as packaging, labor and more.