Overview of the upcoming South Carolina peaches season by Tim Linden, complemented by charts from Agronometrics. 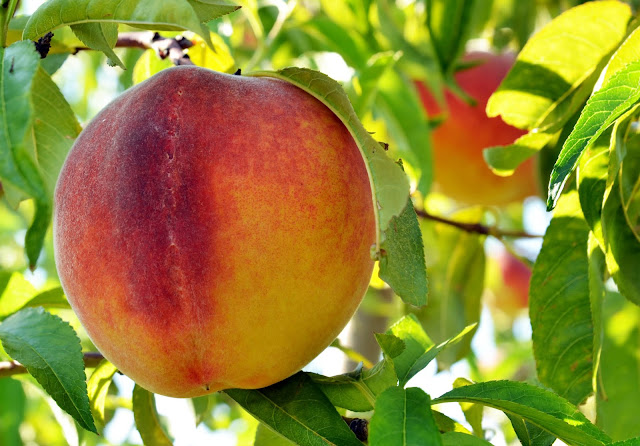 Original published in TheProduceNews on May 14, 2020

With no major weather or production issues to contend with, the South Carolina peach industry is looking forward to an excellent season, with shipments expected from mid-May through the heat of the summer.

“We are expecting a very good season with good volume from May 15 through August,” said Kyle Tisdale, a marketing specialist for the South Carolina Department of Agriculture, who also serves as executive director of the industry-funded South Carolina Peach Council. “Some growers will get going a little bit before May 15 and some will last into September.” 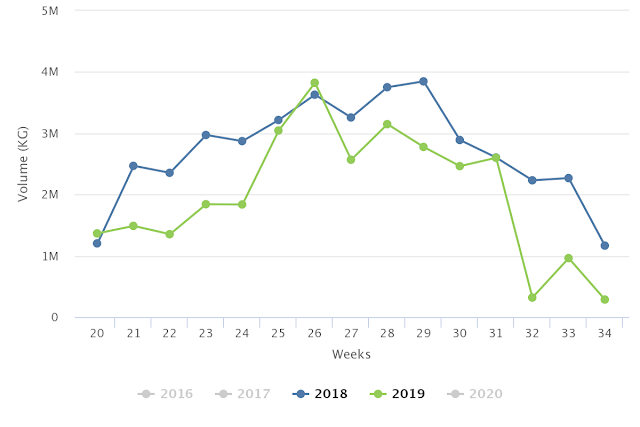 South Carolina only trails California in the production of peaches as it far outdistances the production of nearby Georgia and tops New Jersey, which came in third place in 2019. Tisdale called the 2020 production an average crop in volume. “It’s not a huge crop but there will be plenty of fruit for both halves of the season.” 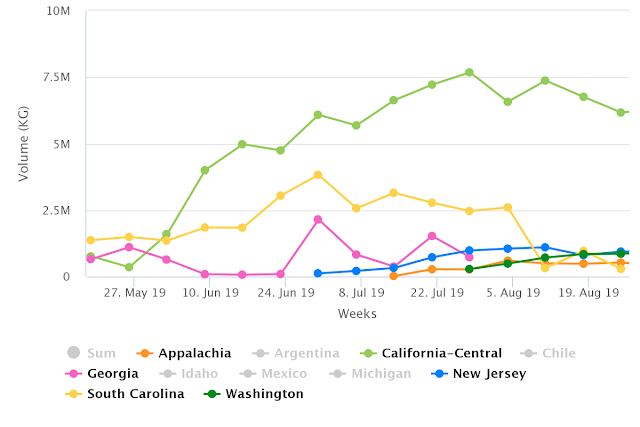 He said the first month (May 15 to June 15) of the season often has to contend with weather issues, which can decrease the volume, but that hasn’t been the case this year. Top production usually comes in the mid-June through July period with the Fourth of July typically signaling the peak of the season.

Tisdale and the SCPC were in the middle of planning this year’s promotion program when he was interviewed in late-April. The Peach Council is altering its focus a bit this year and is “thinking outside the box” because of the COVID-19 situation. Promoting the merchandising of South Carolina peaches throughout the Southeast is always central to the program, but this year Tisdale said the council’s looking at other avenues for sales as well, including on-line shopping, direct deliveries, roadside stands and farmer’s markets.

“We are looking at all the opportunities and we are focusing on the health benefits of South Carolina peaches.”

Tisdale said the state’s packer/shippers generally consider any market east of the Mississippi to be in play. “We mostly go up and down the East Coast and throughout the Southeast,” he said, adding that each shipper has its own game plan. “We are very strong in the Northeast.”

With its promotional dollars, the South Carolina Peach Council works with retailers, attends trade shows and puts together programs to specifically promote South Carolina peaches. It also works closely with the state’s Certified South Carolina, which identifies and promotes the state’s agricultural production.

Again, because of the coronavirus, the South Carolina Peach Council is altering its plan a bit this year to do more online promotions to retailers and consumers. Tisdale said SCPC launched a new website in the past year, www.scpeach.org, and will be communicating its message through several different social media platforms. He reiterated that the focus on the health benefits of peaches is especially timely in these challenging times. The website also encourages consumers to use the state’s peaches in a variety of recipes including Palmetto Peach Ice Cream, Peachy French Toast and Southern Sangria.

“We believe that’s a fun way to promote our peaches,” he said.

Tisdale said South Carolina peach production is relatively stable, but it is growing a bit as new acreage is being planted. Most of the state’s production is destined for the fresh market, typically shipped in 25-pound cartons. According to the USDA National Agricultural Statistic Service, South Carolina produced 93,000 tons or 186 million pounds of peaches in 2019.