No growth in Chilean blueberry exports

Overview of the chilean and peruvian blueberry exports, complemented by charts from Agronometrics. 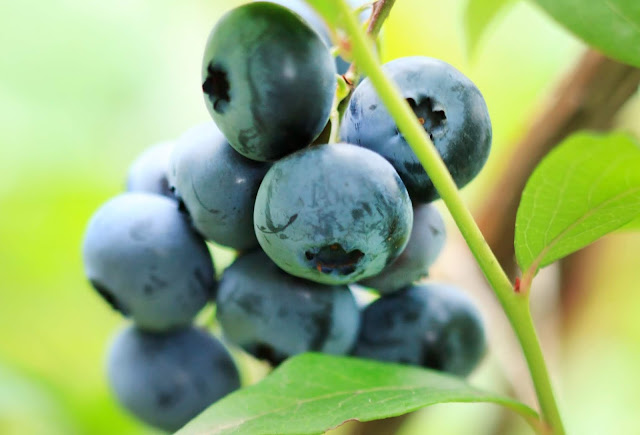 Original published in FreshPlaza.com on May 18, 2020

For the first time, Chilean blueberry exports have not increased. In the 2019/20 season, exports of blueberries from Chile decreased slightly. That was compared to the previous season. In total, 133,650 tons were exported. That is two percent less than the 2018/2019' season's 137,100 tons. It is also a little less than the previous season. Then, 135,800 tons of blueberries were exported.

In the US, Peru now outshines Chile

There is a single reason for the lower Chilean blueberry exports. Less was sold on the North American market. Eleven percent less was sent to the United States, and 25% less to Canada. Last season the North American market imported more blueberries from Peru than Chile. That is the first time this has happened. Peruvian imports are growing strongly in the US. They grew by almost 50% to 65,000 tons. That is versus 2019/2019's 43,500 tons. In 2017/2018, it was still only 23,000 tons.


Volumes (in KG) of blueberries from Peru in the US Market 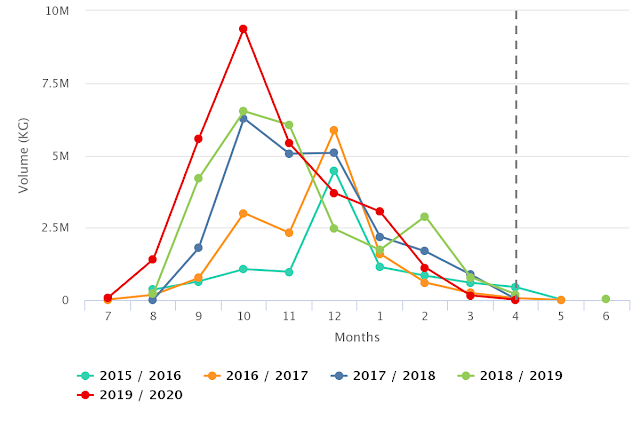 More of this Chilean product to the Netherlands; less to the UK

Chilean blueberry exports to the EU(27) did, however, further increase. It grew by 13% to 31,000 tons. Within the EU, the Netherlands was the most importer buyer. They imported 24,100 tons, a 15% increase. They are followed, at a distance, by Germany with 4,400 tons. Most of this Chilean product imported by the Netherlands makes its way further into Europe. It is striking that blueberry exports from Chile to the EU-leaver, the United Kingdom, decreased. It dropped by no less than 10% to 11,200 tons.