Overall stone fruit volumes from Chile are down, but market is steady

Overview of the chilean stone fruits supplies in U.S. market, complemented by charts from Agronometrics. 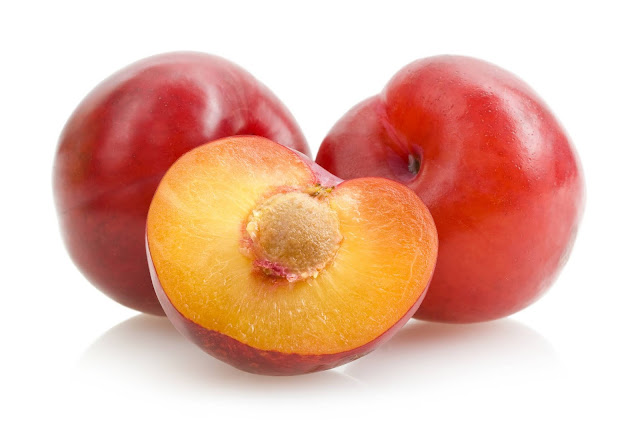 Original published in FreshPlaza.com on April 08, 2020

During the winter months, from November through March, Chile is the most prominent supplier of stone fruit for the United States. The nectarine and peach seasons are currently wrapping up and the plums are expected to run through the middle of May, according to Craig Padover, who is the stone fruit category manager at Jac Vandenberg Inc.

“Chile is really the leader for the stone fruit imports into the US. They have been doing it for so many years and factors like their experience and climate are difficult to translate to other countries. The past few years they’ve been shipping more proprietary varieties with better flavor profiles and storage characteristics,” Padover says.

Volumes down slightly this year

For the peaches and nectarines, the last shipments have arrived, and the company expects to be able to supply the fruits through the next 10 days before the season wraps up completely. Padover says: “The peach volume this year on the East Coast from Chile so far was 1.2 million, compared with 1.3 million last year. For the nectarines we are seeing similar numbers: 1.14 million this year compared with 1.28 million last year.”


Volumen (Kg) of chilean peaches in U.S. market, by month. 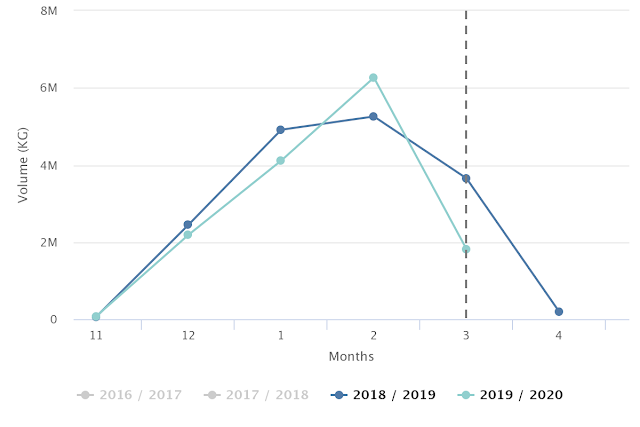 Volumen (Kg) of chilean nectarines in U.S. market, by month. 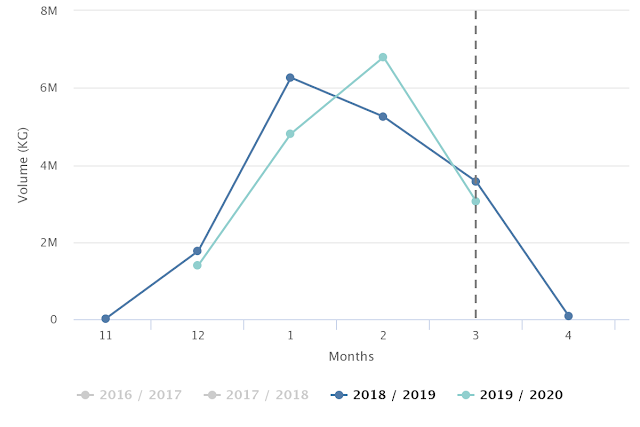 The reason for the decrease in volumes is because the market is working to reach an equilibrium between the supply and demand. “Generally, stone fruit is a more modest selling item and the FOBs aren’t like in the grape category where there can be big spikes. It can be a tough item to make sustainable for growers, which is why there is usually a fairly fixed supply. The real growth in the fruit category is in seedless species like berries and grapes in the produce aisle,” Padover shares.

The stone fruit growers in Chile have been supplying better varieties, according to Padover. “For the nectarines, there is the Regal’n TM , which is a terrific proprietary group variety from France that some of Vandenberg shippers have exclusive rights to. There is also the Andes Nec group of varieties for nectarines. They are also very good and have become more prevalent in the past few years.”

Traditionally, plums from Chile continue into May. So far 1.5 million boxes have arrived on the east coast USA. Another 200 to 300,000 cases should arrive before the end of the season. “There are the Black Cats and some wonderful new red varieties, and then the Angelinos come in at the end of the season. The California crop for plums doesn’t start until June which allows us to bring them in out of Chile for longer – in contrast, for peaches the domestic season has already started in Florida,” Padover says.


Volumen (Kg) of chilean plums in U.S. market, by month. 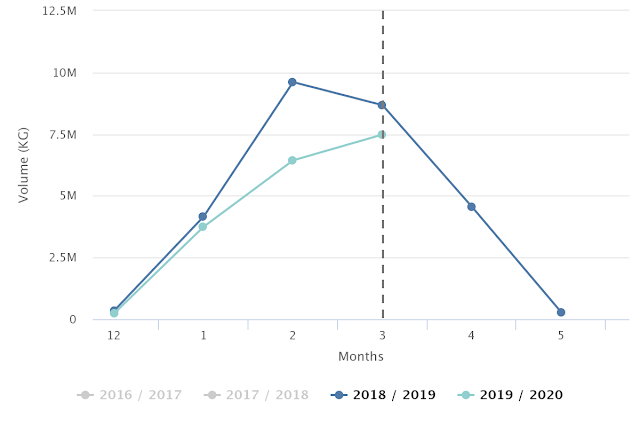 “Right now, it is still too early to determine what the demand will be like in April and May for the plums during this unprecedented pandemic,” Padover says, “but we’re cautiously optimistic that there will be steady demand – it’s a great value, high in anti-oxidants and a nice complement in the fruit department.”

Impact of the corona-crisis

Fortunately, stone fruit doesn’t rely much on the foodservice sector and the majority is sold to supermarkets. This doesn’t mean, however, that stone fruit hasn’t been impacted by the ongoing pandemic. “There are two main things that are affecting us right now,” Padover explains. “First of all, the secondary and tertiary markets have disappeared so that means that the smaller fruit is difficult to sell. Then there is also much less impulse buying and fewer shopping trips because of the virus. This has made demand pretty uncertain: first it was up, then it went back down, and now it is stable but still uncertain. Even though stone fruit is a shelf-stable item, more so than berries for example, it seems that many consumers are going for the core-category fruits.”

Padover concludes: “Despite all this, stone fruit still has its place in the produce aisles and customers like seeing these spring and summer fruits in the winter. Jac Vandenberg has been importing from Chile for over sixty years. We have a diverse supplier base in Chile which allows us to put our best foot forward and ensure that the stone fruit category is represented well in the produce department.”