Forecast of the upcoming Washington cherry season, by James Michael of Northwest Cherry Growers, complemented by charts from Agronometrics. 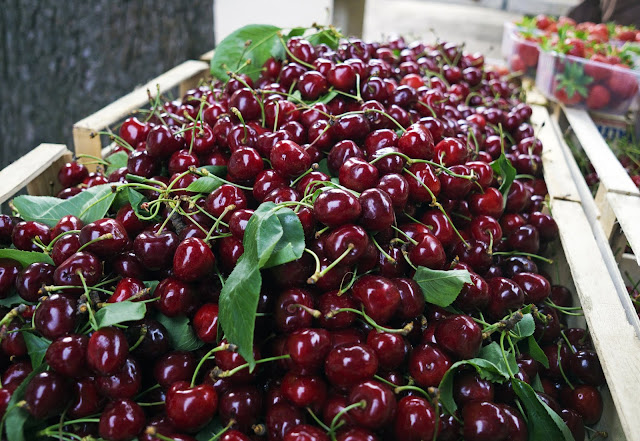 Original published in FreshPlaza.com on April 21, 2020

The Northwest cherry harvest is set to begin in the last few days of May, and growers expect to kick off the season with a strong start. The weather has been helping the crop, developing sweetness in the cherries and bringing the slightly early start to the season. 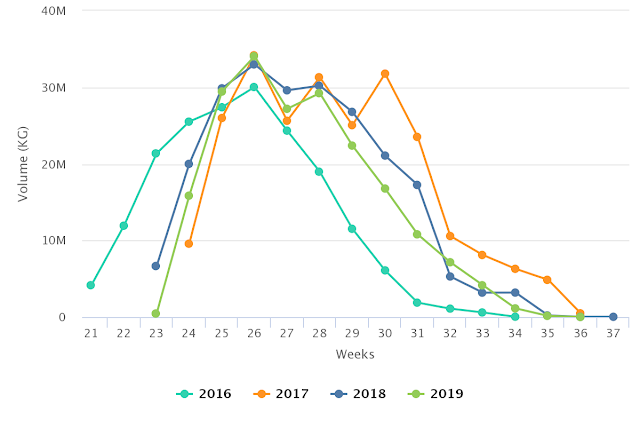 James Michael of Northwest Cherry Growers shares: “The weather in January and February was very warm which sped up the season a bit and has led us to expect an early start to the season. Then we had cool spring weather which will help bring out the dessert quality of our cherries, and that helps spur repeat purchases. Our progression is lining up for a strong start, and as far as the season goes, we’re expecting a high-quality crop from the start.”

While the weather has been mostly fortunate for the cherries in the Northwest, there were a few cold snaps that left their mark on the volumes. “This was in February and March and that took a bite out of our early and some mid-season volumes. The damage was very site specific which has made estimating its impact difficult. Fortunately, with over 2,000 growers across the Northwest, there is plenty of fruit left to fill the demand,” Michael says.

The volumes were also affected by Little Cherry Disease, or LCD. Michael explains: “Our volume has been reduced overall by mitigation efforts resulting from Little Cherry Disease. It’s estimated that this removed 2.5 to 3 million boxes from our total production capability, so that’s been a challenge this season. Vigilance is key. Add to that some loss from the cold damage this season, and it certainly won’t be our largest crop. But, with nearly 63,000 planted acres, there will still be plenty of fruit for promotions.”

“We’re still progressing through the last of the blooms in our latest districts. Our first-round crop estimate data is still coming in, but we’re expecting what’s considered a ‘full crop’ at this point,” he adds.

Over the years, the demand for the sweet cherries has continued to grow, Michael shares. “Especially as we continue to discover new health benefits to go along with the great flavor and the seasonal arrival of the product.”

This year, retailers and promoters will have to be strategic about their cherry promotion to ensure that they will move at the rate they could and should be moving. “Cherry sales are 72% impulse, so going into this year it’ll be key for every retailer and promoter to look at involving Northwest cherries in their digital plans. With store traffic down worldwide and only a short season of availability, to capture the sales potential of cherries will mean reaching consumers where and how they are shopping,” Michael concludes.