Overview of the impact of the COVID-19 crisis on the pears from Argentina in the US market, by Timothy Donaldson of Bengard Marketing, complemented by charts from Agronometrics. 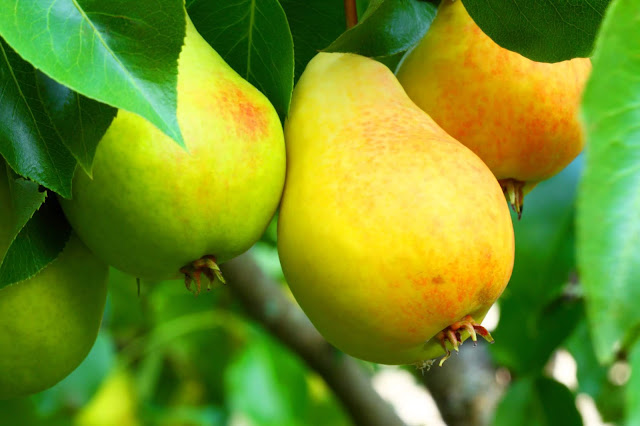 Original published in FreshPlaza.com on April 21, 2020

The pear harvesting season in Argentina begins in January with early varieties, and the picking-season ends between late March and early April. Bengard Marketing, located in Los Angeles, imports the Argentinian pears during the gap of the US domestic season. This gap lines up pretty well with the South American season and so the company imports the pears for almost the entire Argentinian season. 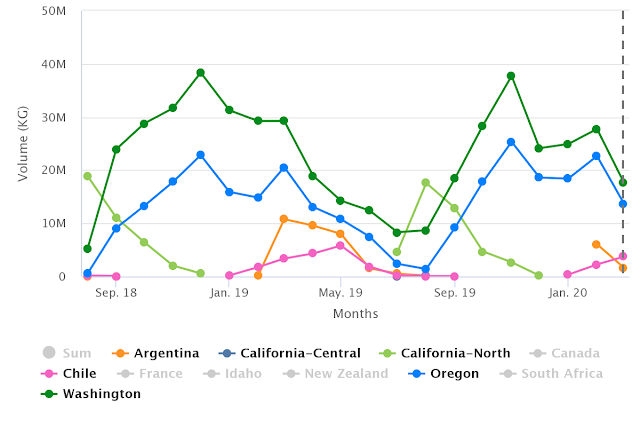 Last Argentinian pears of the season have been shipped

“We begin bringing the Argentine Bartlett pears in at the end of February or the beginning of March generally. Then we will have them up until the domestic season starts in California which is usually between 4th of July and the 10th, those are the River County pears,” Timothy Donaldson of Bengard Marketing explains.

The protocols in Argentina allow the Bartlett pears to store very well. This means that while the last Bartletts have already been picked, Bengard is able to supply them for another two months, until about mid-June. “The last pears are now on the water and should be arriving shortly,” Donaldson says, “we’ll begin running our storage program once they arrive.”

This season has been good with regard to volumes and quality, Donaldson shares. “The quality of the pears has been really good, and Argentina’s volumes were normal. However, we and some other importers did reduce the volumes that we brought in due to the COVID-19 situation.” 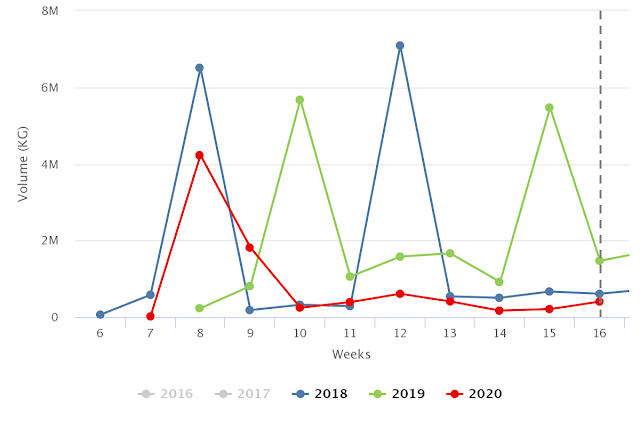 Before the crisis hit, the market for the pears was good. “The product was moving well at the beginning of the season when they were switching over from the domestic pears to the imported pears,” Donaldson shares. At the beginning of the crisis, however, the import company was faced with issues due to some container shortages, which made it difficult to bring the product into the US.

Once the panic buying began, the demand for the pears decreased, along with the prices. “People are more focused on getting products like apples and potatoes – produce with a long shelf-life that stores well. So, for pears, the movement at retail hasn’t been all that great. We’ve even seen some stores that normally carry the Bartletts and the Boscs who now don’t have the shelf space for them because they’re reserving that space for other products. That’s why we decided to bring in lower volumes and the slower movement on the pears has also meant lower pricing,” Donaldson says. 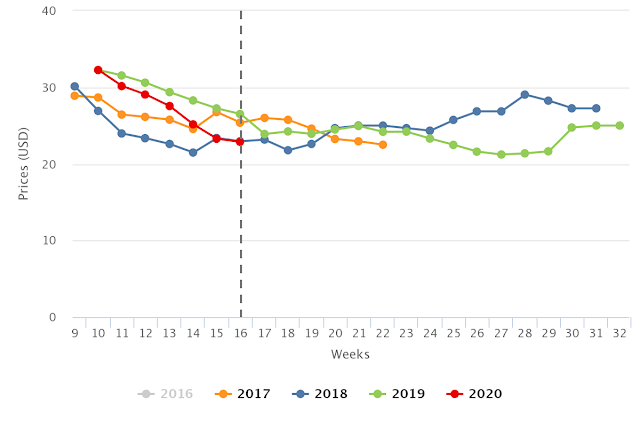 While the company has reduced the volume they brought in this season, they are still expecting to be able to supply the pears through mid-June as usual. “We are planning accordingly with our volumes so that we’ll end our program around the regularly-scheduled times,” Donaldson concludes.