Demand proving a challenge for kiwis

Overview of kiwi supply in the US market, by Damarys Crawford of Harvest Sensations, complemented by charts from Agronometrics. 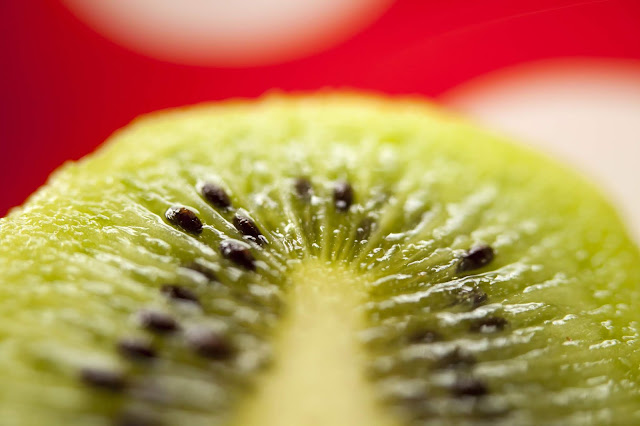 Original published in FreshPlaza.com on April 10, 2020

Damarys M. Crawford of Harvest Sensations in Miami, Fl. notes that the current supply of kiwis is only domestic supplies coming from California. “Chilean and New Zealand fruits are imported for the summer months,” says Crawford, head of marketing for both of the company’s Los Angeles and Miami offices. “Our suppliers are telling us that regarding European supplies, some shipping and supply gaps are to be expected due to current market conditions. But we won’t be impacted since we purchase mainly domestically from California and also Chile.” For Harvest Sensations, California supplies the West Coast while Chile covers the East Coast.

Crawford adds that kiwi volumes continue to be steadier and steadier year over year due to continuity in supply. 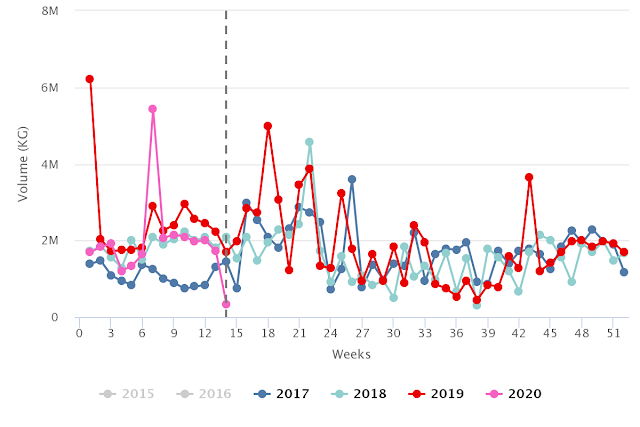 However, the market isn’t without its challenges. “There’s no major supply shortage but we are finding demand to be more of the challenge,” says Crawford. "We know that fruits, particularly kiwi, have high nutritional benefits and help boost the immune system. However, restaurants have been hit hard during this pandemic and it has impacted demand for them.”

Restaurant closures aren’t the only foodservice changes that have affected the demand of kiwi--the closures of service businesses such as schools and even cruise ships, related largely to the COVID-19 pandemic currently being experienced around the world, are also felt in the market.

“There could also be possible delays and or reductions in exports due to market reluctance,” says Crawford. “The overall concern prior to current market conditions was purely growing market demand.” That said, Crawford adds that there continues to be an increasing interest on the retail side on consumer packs of kiwis.

That said, with an eye ahead on the import season from Chile, Crawford notes that the Chilean summer crop is anticipated to be down some 15 percent. “European supplies to the U.S. will also be delayed due to viral concerns and they anticipate being down for the summer as well,” says Crawford. “The summer market was expected to be up slightly. But the current market conditions are expected to stabilize prices.” 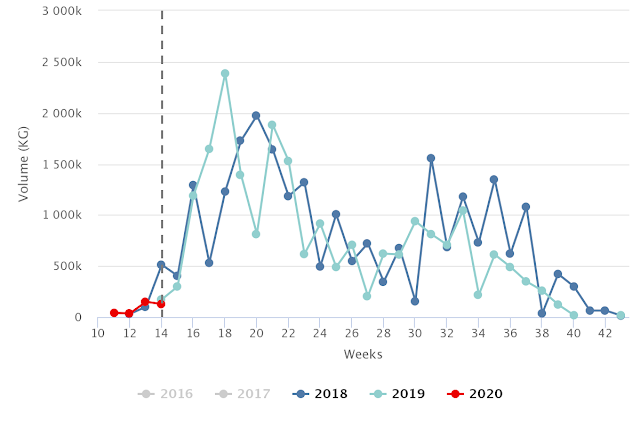 Meanwhile the domestic drop of kiwi is projected to increase next season by five to 10 percent.

Looking ahead, Crawford says for the next few weeks, Harvest Sensation’s anticipating steady markets on domestic Californian kiwi due to the reduced demand that is currently happening. “And expectations for summer are that there will be fair supplies,” adds Crawford.

This fall, Harvest Sensation’s crop in California will also introduce two new varieties of kiwi—gold kiwi and the more unusual red kiwi. The introduction of these varieties could possibly stimulate demand for the fruit in North America. “The market has been relatively flat for kiwi but these new varieties that hold up better are being introduced and will help increase awareness and excitement around new product,” says Crawford.

Supplies of the new varieties should begin in October/November.