This is a vision of Evan Pence of Dole Diversified based in Philadelphia, Penn, about the winter season of raspberries of Mexico, complemented by charts from Agronometrics. 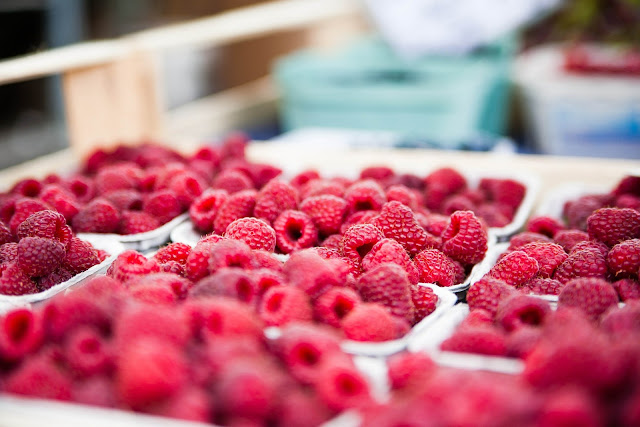 Original published in FreshPlaza.com on February 27, 2020

After a tricky winter season of berries out of Mexico, spring raspberries will see ample supplies.

“Raspberries are growing substantially. Late-March and April are heavy production months for us with Mexican raspberries,” says Evan Pence of Dole Diversified based in Philadelphia, Penn. “We anticipate a bit more this spring than last spring—about 15-20 percent more raspberries than last year’s production.”

Pence notes that peak for Mexican raspberries is the four-week window in April and then May starts to lighten up on volumes as production transitions to California. “We really want to be out of the Mexican market by mid-May,” he adds.

All of this follows a challenging start of 2020 Mexican raspberry production.

“They’ve been really tight and have been tight coming out of January,” says Pence, who adds that generally Dole focuses on two main production cycles--the fall and spring. “In between, we cut back the plants and tighten up our supplies a bit. But as an industry, supplies have also been somewhat tight.”


Volumes (kg) of mexican raspberries in the U.S. market. 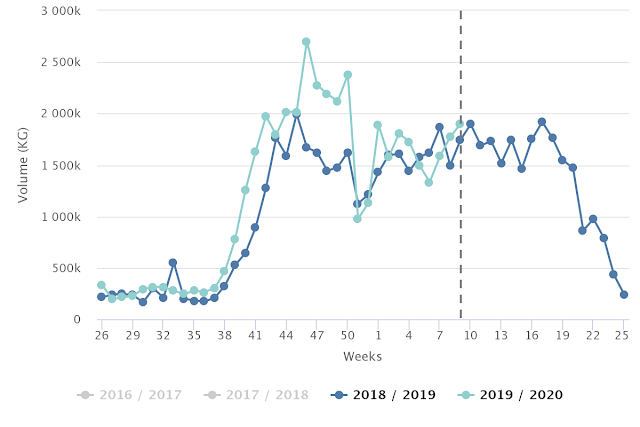 Meanwhile demand is strengthening for raspberries, especially over the past few weeks. “We have a tight blueberry market. The blackberry market is gaining momentum because of the tight blueberries. Strawberry supplies are starting to pick up substantially. Demand is really coming on and I don’t know if it has to do with Valentine’s Day or looking forward to the other spring holidays, but we’ve noticed demand recently picking up,” says Pence.

As for pricing, currently, it’s on par with last year in the $22-$26/6 oz. range. “That’s where we thought we’d be and we see it maybe strengthening a little more,” says Pence.

Looking ahead, Pence anticipates stable pricing throughout May. “Even though we have a slight uptick in volume, I don’t think there’s anything on the horizon out of Mexico causing us to panic or hold pricing where it’s at,” says Pence, adding that spring will be ideal for promotions. “For Mexico, in the fall we have a push on volume but generally at lower prices. With spring, we’re really excited because demand is there and the pricing is there with the volumes.”


Reported prices (US/12x6oz) of mexican raspberries in the U.S. market. 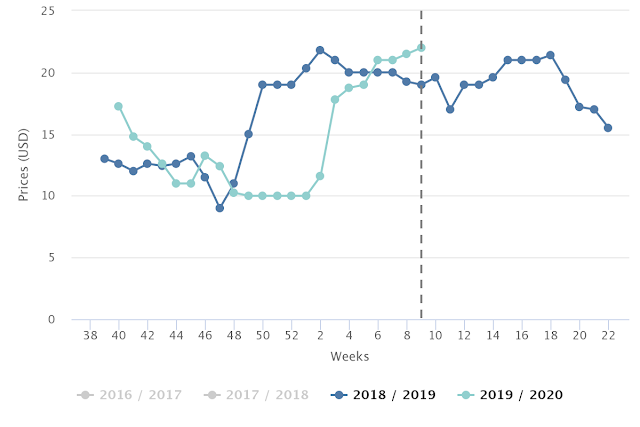 Overall, this season has been a challenging one for berries out of Mexico. “They’ve had some weather that’s led to some quality problems on strawberries and blackberries, especially out of Michoacán,” says Pence. “Those issues really put a monkey wrench into quality arrivals which led us to tighten our quality control specifications which led to overall reduced volumes.”

He adds that while overall crossings on blackberries are down, strawberries and blueberries also saw tighter markets with weaker quality compared to other years out of Mexico. “And here was the conundrum of the Mexican berry deal this year: lower volumes but no higher pricing,” he says. “It’s head scratching.”

That said, overall development continues on Mexico’s berry programs. “There’s so much attractive there—growing conditions, weather generally, availability of labor and more,” says Pence. “Mexico will continue to be a shining star for berry programs in general.”