Apples in Charts: Low prices on a massive surge by the Northwest 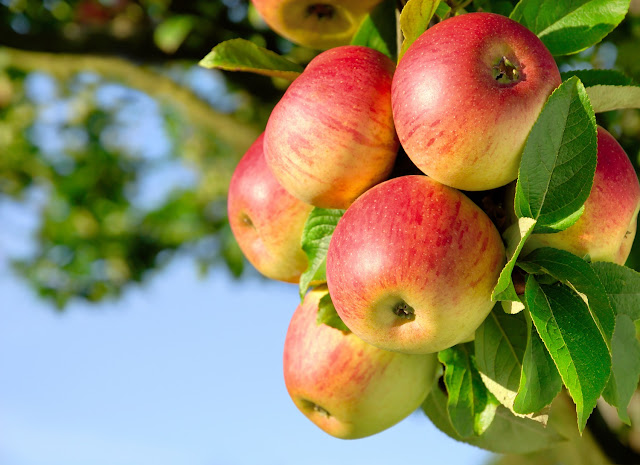 Apple prices this time of year tend to be relatively stable. However, this year looks to deviate from the historical trend, knocking almost three dollars off last year’s shipping point prices to hit the lowest we have seen in four years. 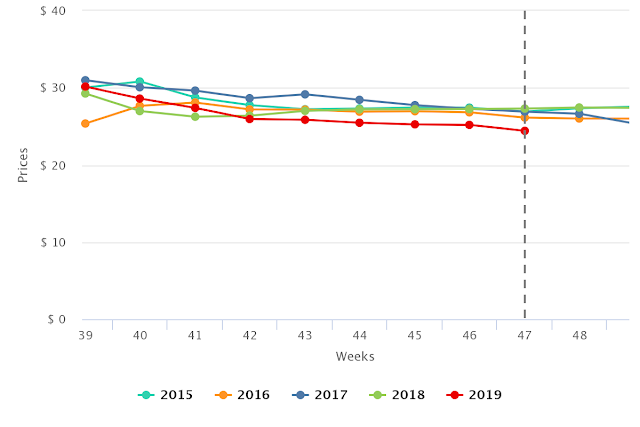 When we look into the volumes we get a glimpse into what could be causing the dramatic changes in pricing. Since week 40, the industry has sent an average of 18% more volume every week - a massive uptick in volumes led by Washington. Week 47 was one of the biggest differences in volume, adding up to 19.6m kilograms more than what was reported the previous year. 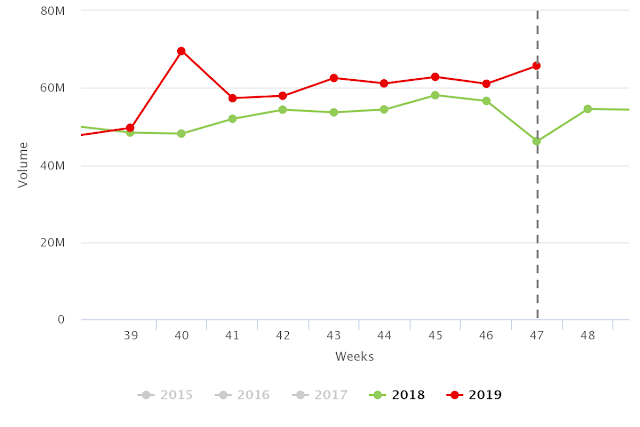 If we add in the volumes from the previous four years, we can see that the volumes this year aren't too far off from what we had seen before. So there is an argument to be made that the cause and effect of volumes affecting prices aren’t as simple as just looking at volumes and may require a bit more interpretation. 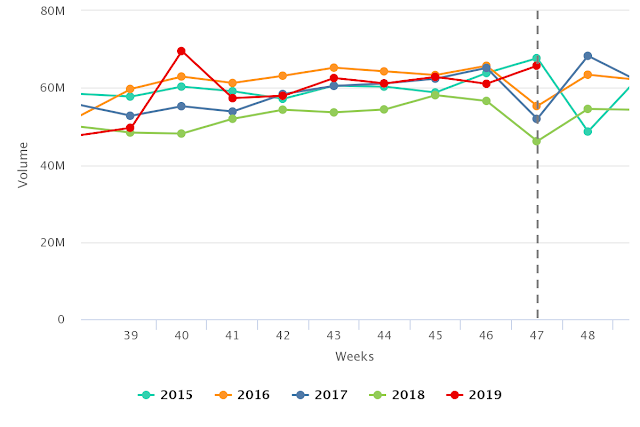 
Keep in mind that shipping point prices only reflect what is happening in the spot market. This market usually represents an important percentage of what is being sold, but to most producers, it is a second priority to pre-established programs with larger and more stable clients.

My bet is that the programs that were set up this year were designed based on last year’s volumes. Meaning that they would be much too small to handle the volume that has been produced, therefore sending more volume to be sold on the spot markets. This act, in turn, would push up inventories in the spot market, creating extra pressure and bringing down prices.

If expectations for programs were to be set up based on the volumes from 2017, this whole situation might have been avoided.