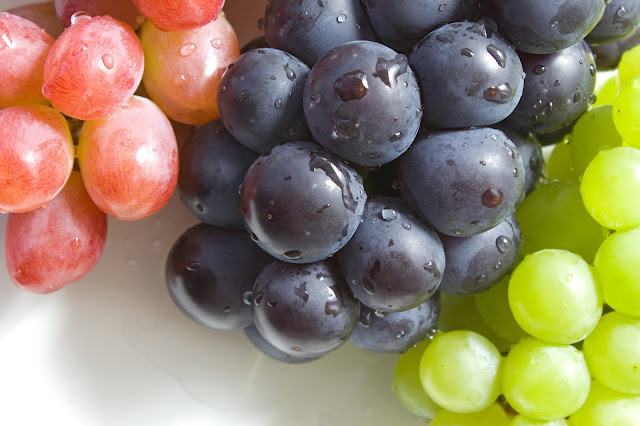 On the news of lower cold storage volumes recently reported on by the USDA, I wanted to look at the impact of this information on the rest of the California season and the upcoming Peruvian and Chilean seasons. 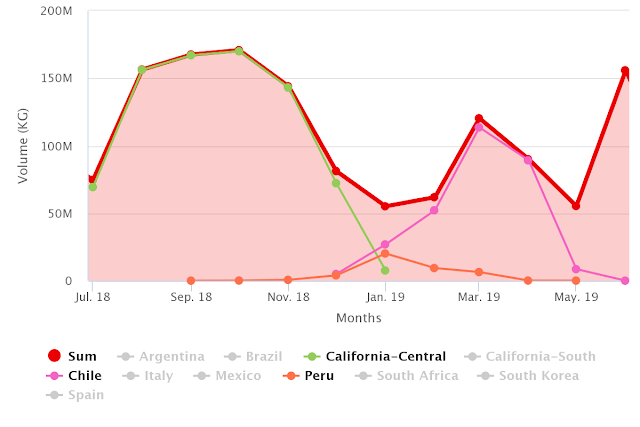 To better assess how the lower inventories came about and what they could mean for the months to come, we begin by looking at California, which is just coming off a bumper crop last year.

So far California’s season has been 6% lower than last year - not too far off from the predictions of 3% reduction on last year made at the beginning of the season (we spoke about in our last Grapes in Charts article).

Week 37 and 38, however - which last year marked the point in the season where volumes rose considerably over the previous years - have come in at 10% to 12% lower than last year, respectively.

Should this trend continue, the U.S. season will be far from the forecasted drop of 3% and be closer to the 2016 or 2017 season. 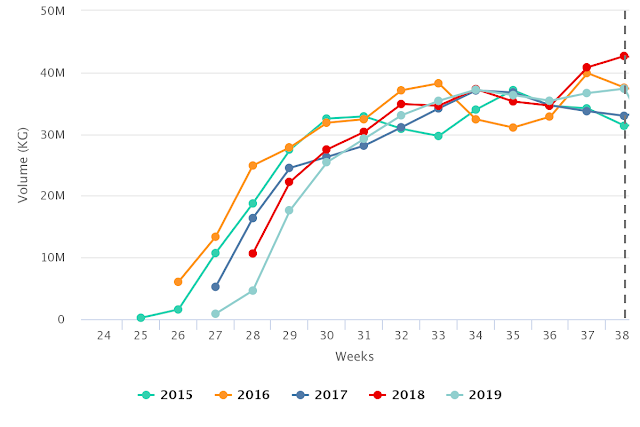 From the USDA pricing data, we can start to see some of the effects of low storage volumes. Despite showing lower volumes than last year, the 2019 prices have been consistently lower than the previous four years, where the law of supply and demand would dictate that they should have been higher.

Part of this can be explained by a particularly large Mexican season which spilled over into the first part of California's production.

As the Mexican volumes have cleared out of inventories, it looks like they have been holding down prices. But as storage volumes have dried up, the market has regained the relationship between volume and pricing - the latter of which has been above last year's numbers and closer to the average for the last four years. 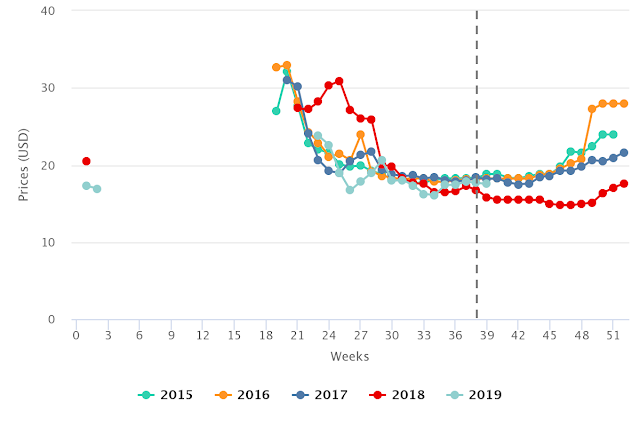 Since inventories are in their most basic form an insurance that you set aside - just in case your production doesn’t meet expectations - in a “well managed” business they should be a gauge of the confidence that industries have in the future.

Really low volumes could mean that some companies in the industry are expecting a glut of production that they will need the capacity to absorb.

If this capacity would have been available last year, it would have made the pricing situation smoother, with the ability to hold inventory more fruit from going to market and keeping the price up so that it didn’t drop below production cost.

On the other hand, maybe the low inventories are a knee jerk reaction to last year’s particularly difficult market situation, and - as John Pandol mentions in the cold storage article - there are a lot of reasons and big changes that help explain lower volumes.

This will mean that any unexpected drop of shipments without cold storage to soften the blow could see sharp and sudden rises in pricing, be it from the later producing regions of California, or the early season Peruvian and Chilean fruit.