Avocados in Charts: What will be Colombia's future role in the U.S. market? 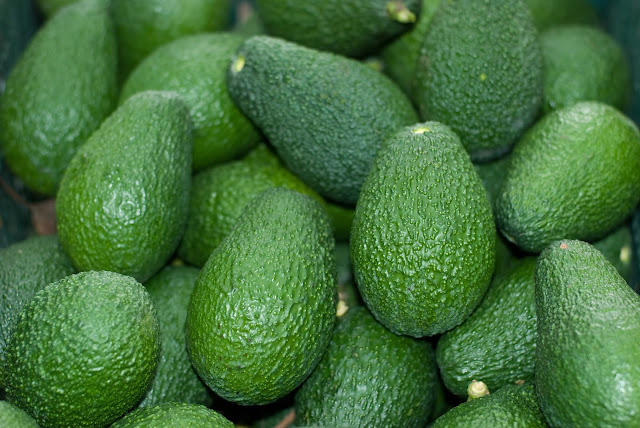 With all the excitement being built up around the World Avocado Congress in Medellin this week, I thought I would put together a piece on what the USDA data can so far tell us about the Colombian avocados, and what implications they could have for the future of the U.S. market.

This first thing to mention when looking at the USDA data from Colombia is that it is a nascent origin. It still has a long way to go before the U.S. becomes an important destination for the country. According to UN Comtrade, last year Colombia exported about 30m kilos of avocados in total, of which a negligible volume went to the U.S.

While this year saw in an impressive amount of growth, the volumes are still only a fraction of the country’s export capacity. The first bits and pieces of data that are trickling in, however, are beginning to tell an interesting story.

The data that we have so far received shows an important spike in volumes from Colombia in June. Conveniently, this is the month with the highest average prices so far this year. 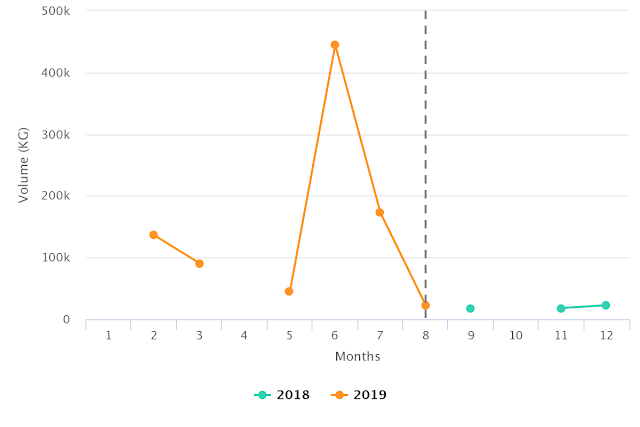 Taking a longer-term view of the market, June is an opportune time to be in the market. This is because it is also the point of the year that Mexico has the hardest time supplying. Therefore, there is a window of opportunity to any origin that is able to have a presence during this time. 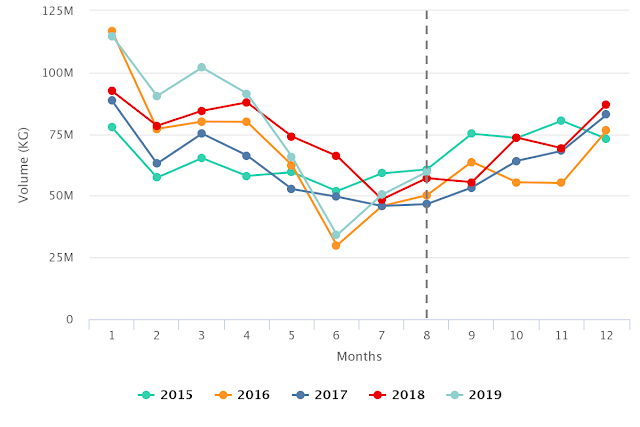 California has traditionally reigned supreme during this time frame, more recently joined by Peru. June through October has also typically been the time of year that has seen the most amount of volatility due to lack of supply. Depending on the production costs Colombia can offer, they could grow to become a great complement to the already-present suppliers and a stabilizing force for the market. 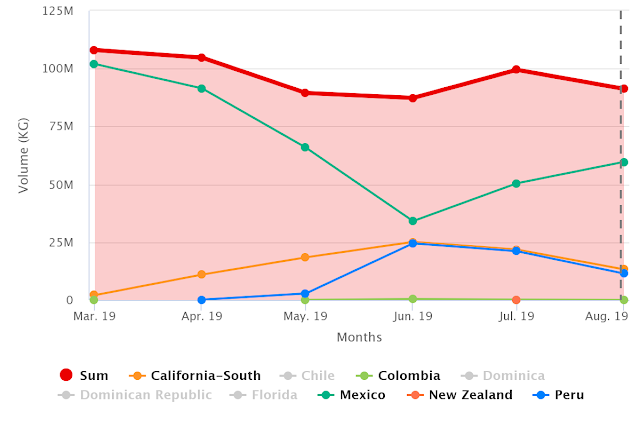 All of this said, it is still too early to tell what role Colombia will ultimately have. Complementing our analysis with the UN Comtrade data set again, we can see that although Colombia has been exporting year round, traditionally the majority of its exports have been in the Northern Hemisphere winter months. This would put it in direct competition with Mexico and make for a considerably more difficult time to enter the U.S. market.

This leads this analyst to suspect that Colombia will diversify its export strategy, planting to target the summer months for the U.S. market, while maintaining their exports to Europe in the winter months - a market Mexico has a much harder time serving.