Mangoes In Charts: Mid-year update – how does this season compare to previous years? 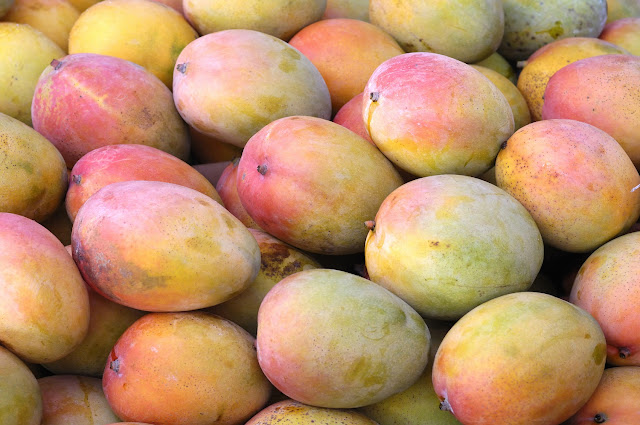 Mangoes are a rather peculiar crop. Historians tend to pinpoint their domestication to South Asia well over 3,000 years ago. During the Age of Exploration, mangoes spread to Africa and the Americas, chiefly thanks to the Portuguese.

The trees, called Mangifera indica, can sometimes live beyond the age of 300 years whilst still producing fruits, and is not uncommon for them to surpass the height of 100 feet (30 meters). In addition, any extended exposure to cold temperatures (under -1°C) is lethal for this tropical plant. As a result, U.S. production is scarce and limited to the south of Florida and California.

Import volumes have stayed remarkably stable during the past five years, as evidenced by the following chart: 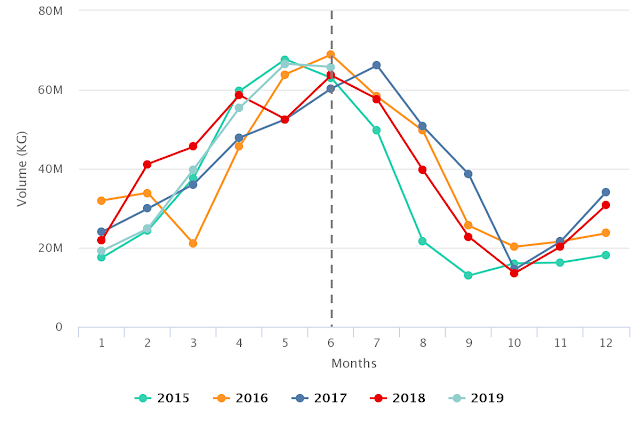 It ought to be noted that Mexico is the largest exporter of mangoes to the U.S., with a long season that spans from February until September. During the previous five seasons, Mexican imports made up around 67% of shipments to the U.S., with Ecuador and Peru trailing at a distant 2nd and 3rd place, each contributing approximately 11%, largely during Mexico’s colder winter months. 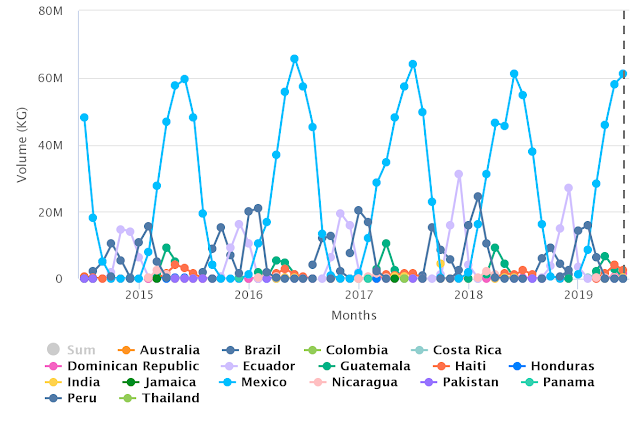 Looking at mango volumes by country over the past several years, it’s outstanding to see how the virtually identical Mexican production was for 2015 and 2019. 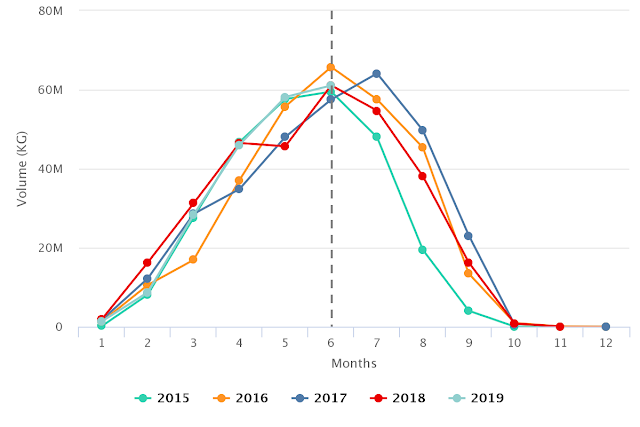 Linking the observations in volume to price, we see an interesting dynamic. For example, it’s worth taking note that after its mid-year gradual drop, 2015 saw prices nearly double. 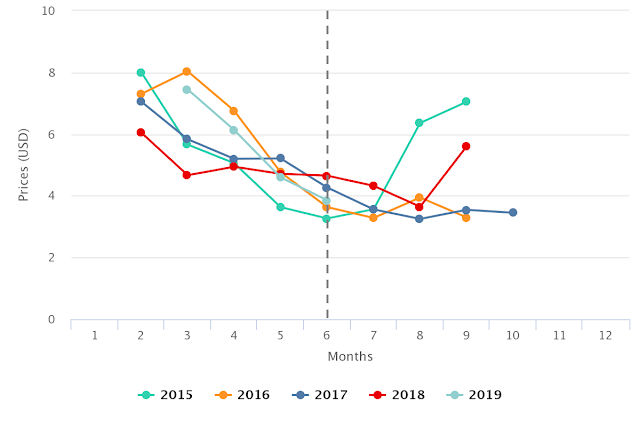 Thanks to the U.S. National Mango Board’s efforts, Mexico is expecting to send more fruit than it had last year, which was already a much higher volume than in 2015.

This estimate indicates that prices could be closer to the same level as last year, but are likely to dip towards the end of August.

The bump in prices towards the end of Mexico’s season depends heavily on Brazil’s exports to the U.S. As of yet though, we don’t have a volume forecast to help guide us through that period. 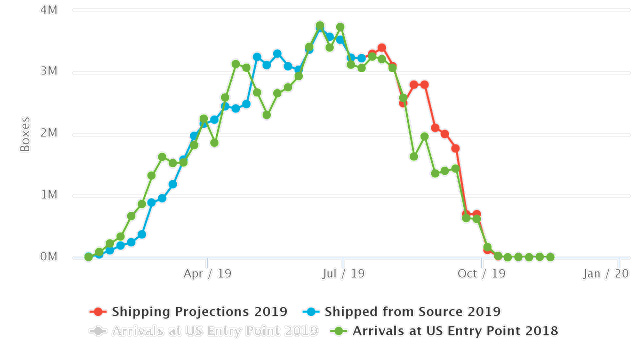