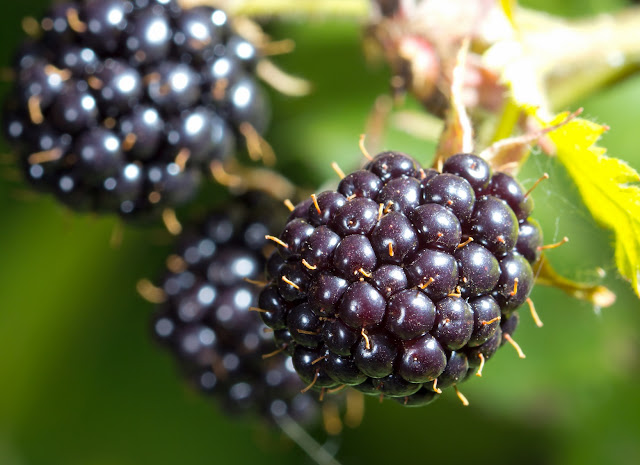 Catching up on random industry reading material, your author stumbled across a paper from the University of Arizona that mentioned Walter Knott – one of the early berry enthusiasts in California.

On a personal note, having a father from the LA Area, the name stood out to me immediately from visits to my grandparents’ house as a child.

Although Knott’s Berry Farms started out selling berries and jams on the side of the road, the company evolved into a restaurant with a ghost town and rides to entertain guests as they waited.

Today Knotts Berry Farms is a name with strong ties to the fresh produce industry, but has completely transformed itself into an amusement park with 40 roller coasters.

In the random twists and turns that the industry can take you down, this reference brought a smile to my face and I thought I would use it as a jumping off point to look at blackberries and California’s role in the U.S. Markets.

During the last nine years, blackberries saw an impressive 56% increase in volume. Most of the yearly volume has been added by Mexico, whose volume has grown by 45% during the same time period.

However, California has been the origin adding the largest amount of volumes. During the last two years alone, its volumes grew 149%. 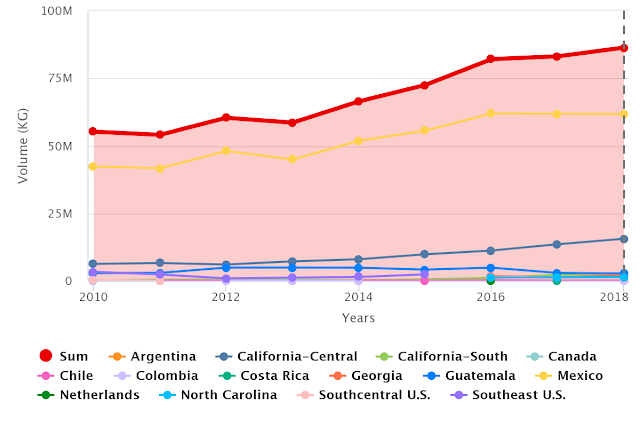 The impressive growth the category has experienced is reflected in a mellowing of prices. These have seen a steady downward trend over the time period observed.

However, when we look at why and how California has grown, it is important to note a significant difference in prices in the U.S. state and Mexico. 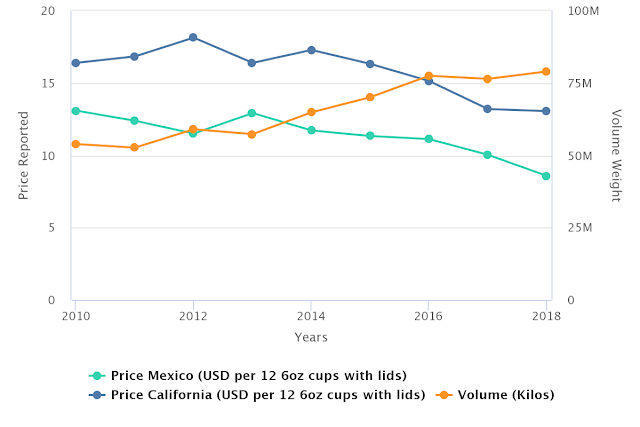 Much of the difference in price can be appreciated in the commercial windows each origin dominates.

California’s growth, for instance, has come in at a very strategic point, taking advantage of a natural gap in production left by Mexico right between May and September. 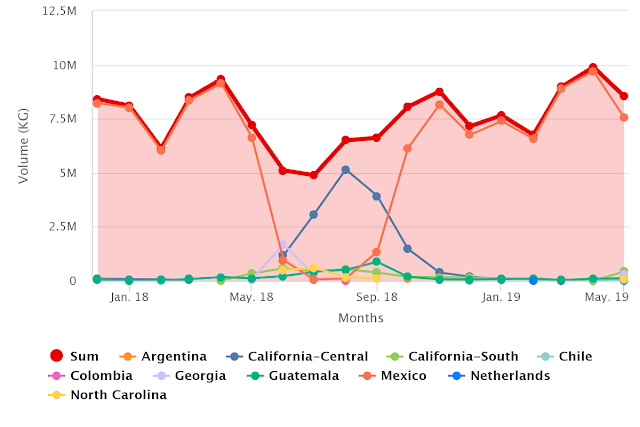 
Right on the heels of a strong finish by Mexico, the category usually sees a surge in prices in June, which is exactly the window that California, Guatemala and the U.S. southeast producers have been aiming for. 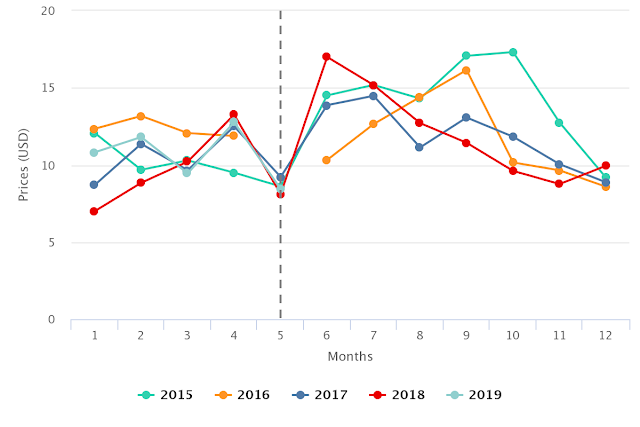 
As we can see in the third chart in this report, and despite California’s impressive growth, the total volume arriving to the market between June and September are still the lowest volumes of the year.

This period also coincides with higher demand for other berries during the Northern Hemisphere’s summer months as consumers look to dress up their salads, cereals and cakes.

Should California’s growth continue at this rate, it is possible that it will reach a point at which the marginal returns on increased volume may not benefit from the attractive pricing they have historically seen, especially toward the end of the season.