Strawberries in Charts - Expected shortage during the California season, why aren't last two months of high prices a model? 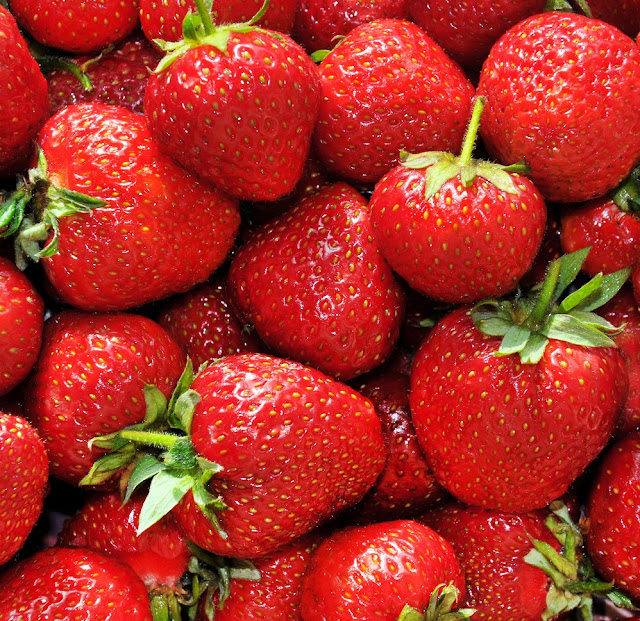 As we come out of the winter months and spring starts to creep into our lives, strawberry volumes are begin to hit the market as the season ramps up. On the heels of particularly high prices over the the last couple of months, this ramp up has most been noticed by massive volumes from Florida which have brought prices rushing down over the last two weeks. In light of this dramatic scene I want to look at what the market data can explain about the high prices we just saw and what that might have to say about the upcoming California Season. 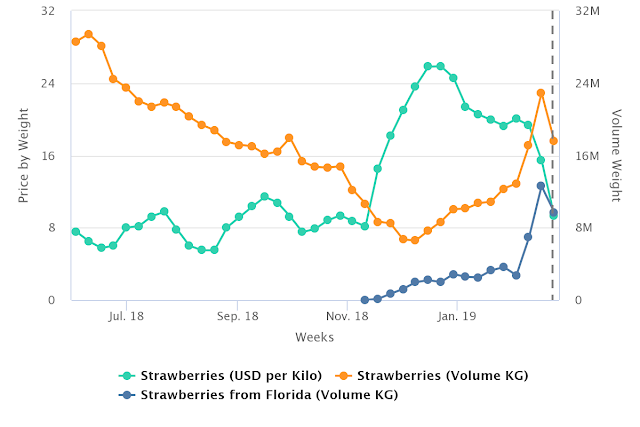 Because of deficits from Southern California and Florida, this seasons volumes have been consistently lower than last. Right up until Florida started sending good amounts of fruit which matches up very closely with the fall in price. 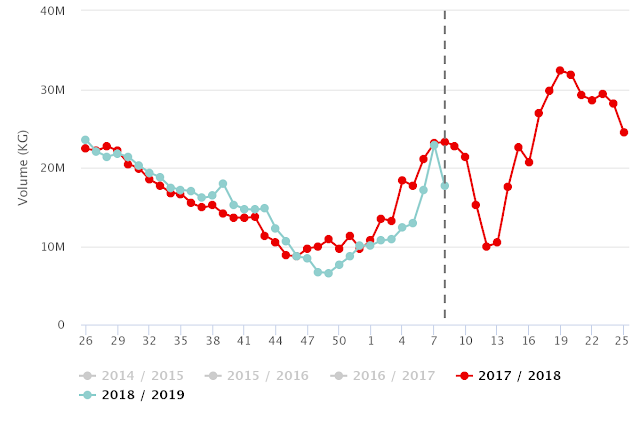 We can see that prices this seasons are matching up pretty well with trend, rising above last year's prices somewhat proportionally to the difference in volumes between last season and this season. Likewise, as volumes have begun to look more and more like the 2015-16 season, the market has begun to echo the prices and movements that we saw three years ago. 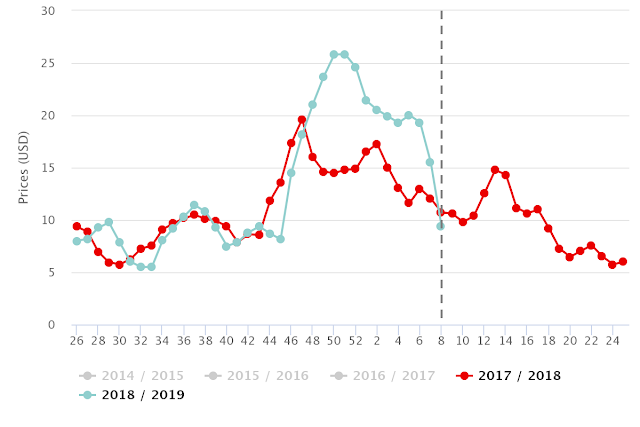 Going forward everything will depend on how California's season comes along. Where last year both the South and Central producing areas came on late, the bulk of their volume got concentrated later than usual, sending monstrous volumes from week 18 to week 25. According to a research paper published by RaboBank (Price Signals at Work in the Strawberry Market - Outlook 2019) the low prices fell below break even pricing contributing reductions in planted acreage “which is currently estimated to be at its lowest level in over a decade.” If we compare Central California's volumes last year to 2010 that would represent a 36% reduction in volume, meaning, that prices would definitely increase, by how much is a much more complicated questions though.

Theory says that for a perfect commodity, a percentage change in price is inversely proportional to the same percentage change in volume. In my experience, strawberries abide by this theory within their respective periods of commercialization which ties up pretty closely with weeks. The rule isn’t perfect when we look at this data, because of inventories and other commercialization channels that aren’t spot, but in general it is a good indicator of what’s going on. This also means that when volumes are low, a small change in volume can represents a large percentage and we see that in the prices. Likewise, when volumes are high, even big changes of millions of kilos might not represent that much of a percentage, which is then reflected in pricing. With a third of the volume out of the market, that represents a substantial increase, however, everything is relative, so if the california season comes in 36% under last years volume, keep in mind that a 36% increase on last year's price for week 24, the lowest price of the year, comes to $7.82, the difference is the massive volumes being moved. 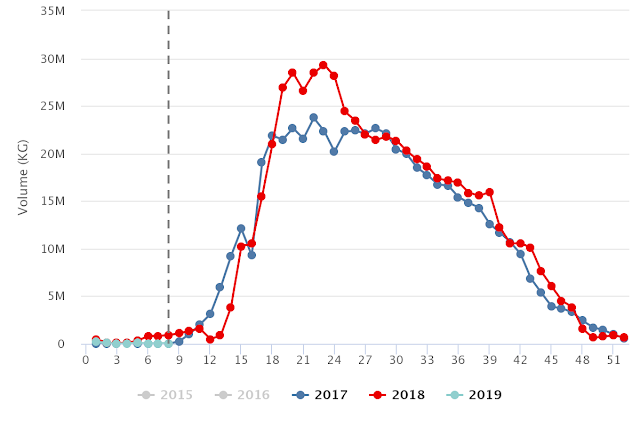 As a useful tool for readers to gauge how the markets are currently evolving, we offer weekly pricing by fruit size. 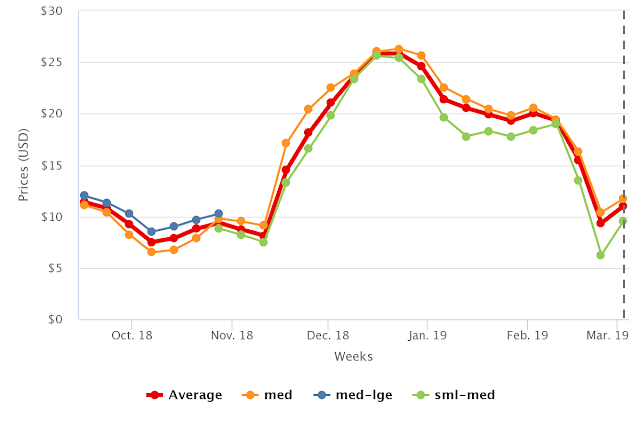