Fruit in Charts - What happens to USDA market data when the US Government Shutsdown?

As U.S. politicians lock horns over funding for the border wall, the government has partially shut down, stopping most non-essential services. While in the past this has included those provided by the USDA market news service – where we get our market data from - things have changed this year.

In this article I will briefly look at why the government shuts down at all - which must be mind boggling for anybody not from the U.S.… and quite frankly for most of us from the U.S. as well - and also see what will happen to our precious market data as a consequence.

So why would any government set itself up to hold as hostage the services it provides to its citizenship to its politicians partisan goals? It seems like an unnecessarily frustrating situation that few other countries in the world seem to face. The reason is because of the separations of power written into the U.S. constitution, where both congress and the president must agree on a budget before the government can spend money. As such, if there is any disagreement between the two branches of government, non essential public services will shut down. Typically the government is funded for an entire fiscal year, starting on October 1st through September 30th. If it is difficult to make an agreement for whatever reason, the government can be partially funded, essentially kicking the can down the road to fight over the budgets in another couple of months when money runs out again, as is the case now.

The U.S. Government has shut down 10 times since 1980, with most of the shut downs lasting a day, or a weekend before the powers that be came to a compromise that was acceptable to all sides. The longest shut downs so far have been 27 days in 1996 during the Clinton administration and 16 days in 2013 during the Obama administration. The data set we work with is setup to 2010, so we can take a look at what happened in 2013 to get a better idea of what happens during a shutdown.

As can be obviously observed in the chart below, there is a clear 16-day gap in the data starting on the second and lasting until the 17th. Because the data is collected by market reporters who survey the markets daily, if they don’t work the information is simply lost. This can be particularly frustrating when prices have large movements such as was the case with blueberries in October of 2013. The one exception for whatever reason was Apples. 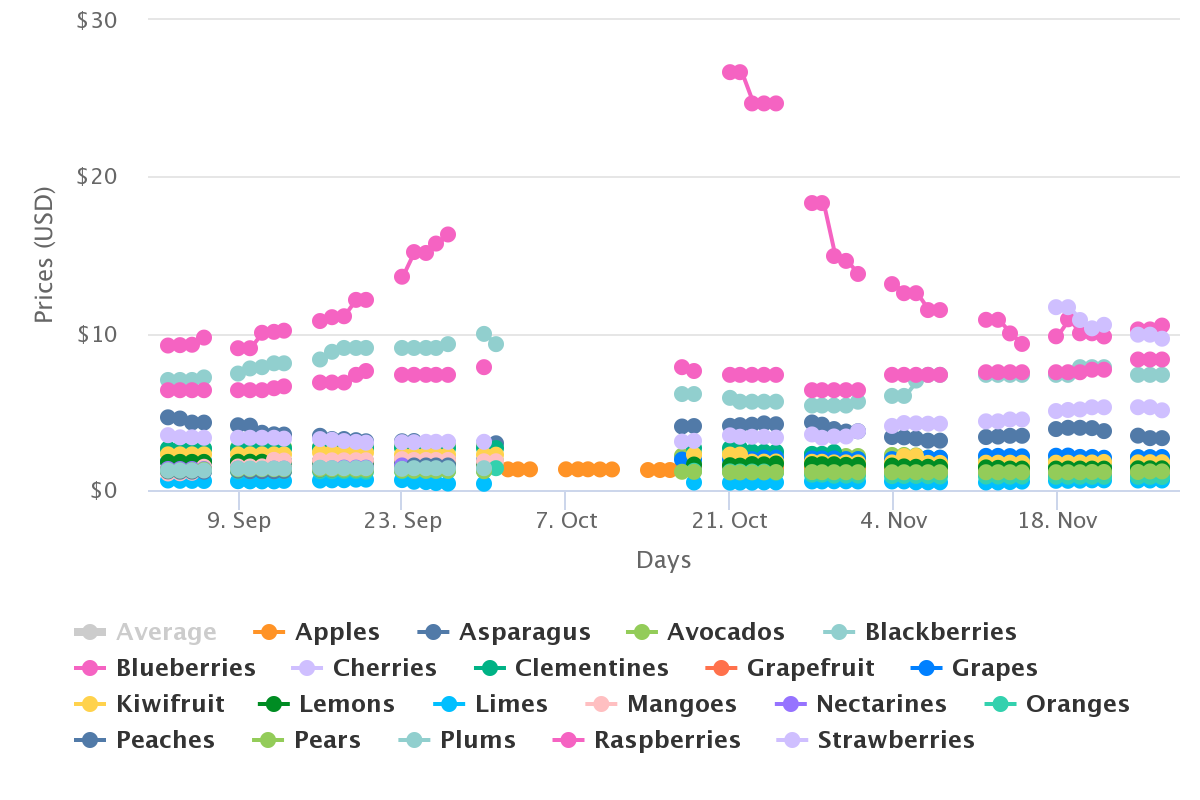 In volumes, however, the story is completely different. Looking at the reports from 2013 we can see that they didn't skip a beat. The reason for this is because the data is collected by the department of homeland security, grower associations and other public and private entities which continue to work when the shutdown happens and or maintain historic records that can be updated afterward. 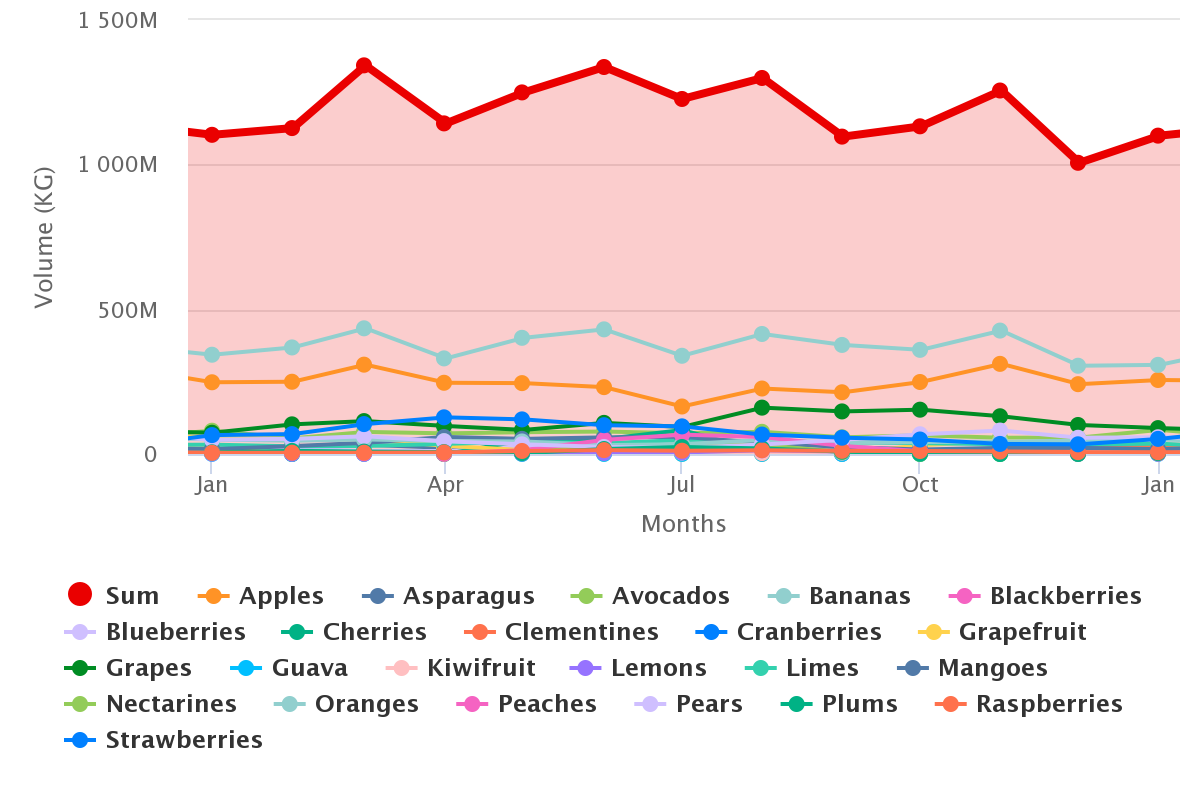 So looking at the situation as it stands today, things are actually completely different. Right after Christmas On the 26th, the USDA published shipping point prices as per usual which actually caught me by surprise. Digging a bit deeper, I found that the unit that is in charge of creating the market reports, Market News was excepted from the shutdown in the latest Lapse in Appropriations Contingency Plan for the USDA’s Agricultural Marketing Service. To be excepted the functions must fall under the following conditions:
The reasoning given was that “The Market News program is an excepted activity based on the criticality of the market news reports to the overall agricultural industry”. So I am very happy to report that we will continue to publish our market prices and volumes as per usual. 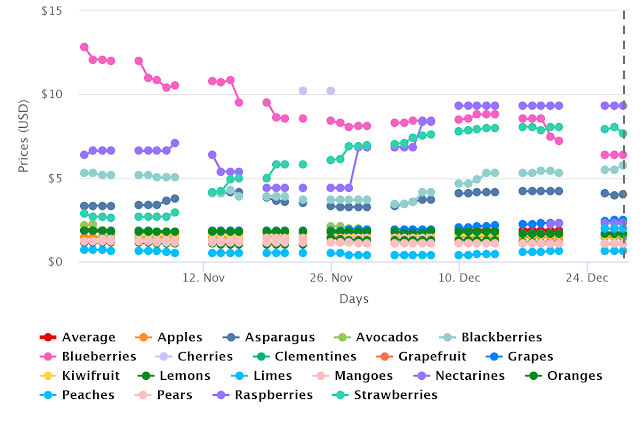 *On Jan. 2 we were contacted by the USDA who wanted to clarify that Market News services have been unaffected by the current U.S. Government Shutdown. This first line of this article has now be modified to emphasize this point.